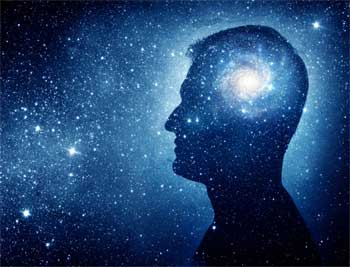 Once there was young man name, Svketu. He came back after completing his studies at university.

He was a brilliant student and always topped in all exams with many medals and all the degrees that were allowed to study at university. He came back home with great pride.

Young man wanted to share his knowledge and wanted to show his father that he has come back as learned man.


Seeing this, his father looked at him and asked single question. He said, “You have come full of knowledge but do you know the knower? You have accumulated much information, your consciousness is full of borrowed wisdom but what is this consciousness? Do you know who you are?”

You are asking a very strange question, nobody ever asked me such question in university. It was not on syllabus, not in any course i studied.”

Father said, “You do one thing – Be on fast for two weeks then i will ask you something else.”

Young man wanted to show his knowledge but his father was saying him to wait for two weeks and fast.

At this young man started to talk about ultimate, absolute, Brahman.

Again his father said, “You wait two weeks then we will discuss about all this.”

Young man agreed. He started fasting. After four days of fasting, his father asked him, “What is Brahman?”

In beginning, he answered a little bit, he recited what he had crammed but by end of week, he was so tired, exhausted and hungry that when his father asked, “What is Brahman?”

He said, “Stop all this nonsense! I am hungry, i can think only of food and you are asking me what Brahman is. Right now, except food nothing is Brahman.”

His father smiled and said, “So your whole knowledge is just because you were not starved. Because you were taken care of, your body was nourished, it was easy for you to talk about great philosophy. Now is the real question. Now bring your knowledge..!”

His father said, “My son, food is the first step towards Brahman. Food is Brahman – ANNAM BRAHMA means food is God, the first God.”

Svketu learned his lesson and realized that true knowledge is not about just cramming and learning but understanding real meaning of that knowledge.