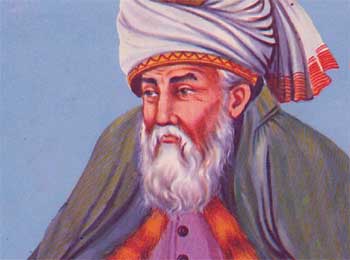 Once Jalaluddin Rumi took all his disciples to a field.

Disciples thought, “What message is he going to give us at that faraway field? Why can’t he say it here?”

When they reached field, they saw that a farmer was digging a well in his field and he had already dug eight incomplete wells. He seemed to be almost an insane man.

They saw that farmer would go a few feet and then when he wouldn’t find water, he would start digging another well.


This continued and farmer’s more than half of field was destroyed and yet he didn’t find any water.

Rumi, asked his disciples, “Can you understand something from this?”

He continued, “If this man had put his whole energy into only one well, he would have reached to the deepest source of water long ago but way he is going, he will destroy his whole field.

Yet he will never be able to make a single well from which he can reach water. Even with so much effort, he is simply destroying his own land and getting more and more frustrated and disappointed.

He would think, what kind of desert had he purchased but it is not a desert, one has to go deep to find water resource.”

Then he turned to his disciples and asked, “Are you going to follow this insane farmer?”