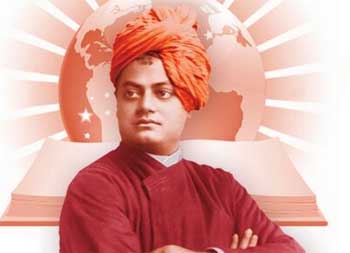 Story 1: Vivekananda and His Friends..!!

Once Swami Vivekananda ji was traveling by ship with one of his friends. In morning, they asked for newspaper to read.

Vivekananda ji read newspaper and kept it aside for his friend and went outside chamber.

Vivekananda ji friends took newspaper and went outside o deck to read it. At that time wind was blowing heavily because of which newspaper accidentally slipped from ship into the sea.


One of the crew member from ship came to knew about it and got angry and went to their chamber and started abusing Vivekananda ji friends for losing newspaper.

After while Vivekananda ji returned to his chamber where his friend was waiting for him. His friend told him all about the incident that happened and how ship crew member insulted him.

Then Vivekananda ji handed that paper to the crew member and said, “This is what your newspaper contained and if you have any doubt about it, you can get it checked. There is not a single detail missing in it.”

Crew member when saw the paper he was speechless.

While Swami Vivekananda ji stayed at Chicago, he used to go to library every day and borrow a large volume of books and then return them to librarian in a day time.

This went on for few days, librarian got frustrated and asked Vivekananda ji, “Why do you borrow books when you doesn’t want to read them.”

Vivekananda ji replied, “I have finished reading all these books.”

Librarian felt annoyed as she thought it was impossible to read so many books in just a day, every day.

She decided she would take a test and selected random page from the book and asked him about what was written on that page.

Vivekananda ji instantly repeated all the lines exactly as they were written in that book.

Librarian was surprised, she thought to her herself may be it was lucky chance so she asked several more questions from the book swami ji took from library to read and Vivekananda ji answered all of them without a flaw.