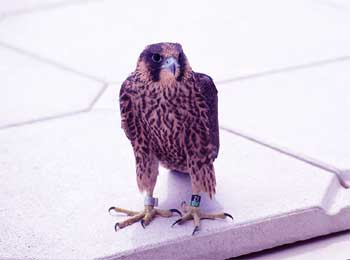 Once a farmer found an egg of a bird and he took it to his farm and put it with hen’s egg. Hen started incubating that egg with it’s other eggs.

While living with chicks he never realized that he was not a chick but a falcon. He lived like a chick happily.


One day, a falcon was flying above that farm in the sky, when falcon baby saw it, he asked hen,”Who is that bird, which is flying so high?”

Hen replied, “He is a falcon, king of birds. He flies at that highest altitude. No other bird can match him.”

Hen smiled and said, “What are you saying? You are a chick. Even if you try you wont be able to fly as much as an falcon. So don’t waste you time thinking about it, it would all be in vain. Be happy with flying, you learned till now.”

The falcon baby accepted this and never tried to fly high. Despite being a falcon, he lived like a chicken for the rest of his life.

Learning:
Thoughts and Attitudes have a profound effect on our Lives. We are all full of Potential and Possibilities. No matter what situation we are in, We need to Recognize our potential and broaden our Thinking and Perspective.

You May Also Like: Sadhu and Young Man Story – Mantra of Success