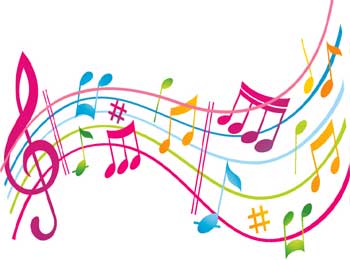 Music Triggers activity in the Same part of the Brain that Releases Dopamine, the ‘Pleasure Chemical’.

The Chills you get When you Listen to Music, is mostly caused by the Brain Releasing Dopamine while Anticipating the Peak moment of a Song.

There are Few activities in Life that Utilizes the Entire brain and Music is one of them.


Your Heartbeat changes to Mimics the Music you listen to. Music is found to Modulate Heart rate, Blood pressure and Respiration.

Music greatly Impacts and Boosts our Learning Capabilities. Listening music, while Reading or Learning something could Trigger the Learning and you can Memorize the Stuff in a better way as Compared to be in Complete Silence.

Listening to music while Exercising can Significantly Improve your Work-out Performance.

Music is the Best exercise for the Brain and Activates every part of the Brain. Music therapy is being used from Last so many years to Treat different Neurological conditions and It has Proved to be very Helpful.

Listening to Happy vs. Sad music can Affect the way you Perceive the World around you.

The Brain responds to Music the same way, It Responds to Something that you Eat.

It is a Well-proven fact that Loud music Increases the Speed of Drinking and the Amount of Alcohol intake at the Bar.

An Emotional Attachment could be the Reason for your Favorite Song choice.

Songs that get Stuck in your Head are called Earworms and the Best way to get Rid of it is to get a New one Stuck in there.

In 2011, the Lady Blunt Stradivarius violin was Sold for a Record price of US$15.9 million. It holds the World record of the Most Expensive Musical instrument.

Metallica got their Name listed in the Guinness book of world Records for Playing on all the Seven continents. They are the First and only Band to Do so.

‘Jimi Hendrix’ and ‘The Beatles’ couldn’t Read or Write music.

The Study deduced that Musicians die up to 25 Younger than Average General people. They also found that Musicians and Rock stars have 10 times Greater chances of Death by Accident, Suicide and Homicide.

Pop Music is so predicable that Computers can Write it.