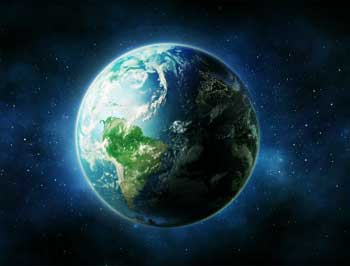 Earth is the Third planet from the Sun and the Fifth largest in the Solar system. It is the only known planet to Sustain Life. Earth was formed around 4.5 Billion years ago.

Our Actual Earth day is actually 23 hours, 56 minutes and 4 seconds.

The Inner core of the Earth has the Same Temperature as the Sun.


Earth is the only place in the Solar system where Water exists in its Three forms as Solid, Liquid and Vapor.

The Average time a Human can last in Space unprotected is only 2 minutes. This is Not just because Space does not contain Oxygen but also because it’s incredibly Cold.

90% Of All Volcanic activity Happens In the Ocean.

At least One piece of Space Junk comes down to Earth each and every day.

Due to Acts by Humans, it is estimated around 2 to 4 species of either animal or plant go Extinct every single Hour of the day.

You can and Likely will Weigh a bit more at the Poles of the Earth than you would Weigh at the Equator.

The Earth sees 6,000 Flashes Of lightning and 8.6 Million Lightning strikes A Day.

3 People have visited the Deepest part Of earth Compared to 3,000 who have Visited the Highest.

Earth is Not a perfect Sphere because of a Clear bulge around the Equator.

We have only Explored 5% of our Oceans and Its Contents.

Magnetic field Protect us from Solar storms or Solar winds.

If the Entire Antarctica were to Melt somehow, the World’s oceans would End up rising around 187 feet.

Earthquakes can technically produce Gold. When earthquakes Happen, Water inside faults will Vaporize and Mix with Silica to form Gold.

The Pattern the Earth is going today, up to 75% of the world’s known Animal species will be gone in the next 300 years.