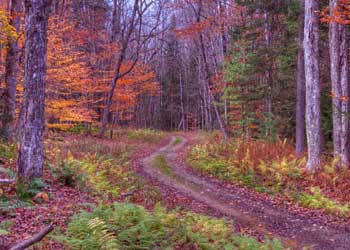 Once a teacher asked his two students to come and meet him at start of a track which was near a forest.

Students reached there on decided time and greeted their teacher. Teacher showed them track and said, “You both have to start here and reach end point of track.. Completing this track will also affect the result of test which will happen next week..”

He wished them luck and started race.. Both of them started together. Just after a while students saw that track was divided into two path.


First student finished first and felt clever as he came first and passed that track easily avoiding all the hindrances and obstacles of other path.

Second student took a while to reach end point as he had to pass through that path battling obstacles in that path. Second student was happy that he was able to complete that race despite taking difficult path.

When second student reached end point, first student proudly said, “I am glad i chose easier path as they would have only slow me down..”

Teacher smiled and asked them to join him at specific location for next week test. Next week student and teacher meet at decided location. For next test students were called near a ravine.

Teacher looked at students and said, “You have to jump to other side of this ravine..”

Students were taken back as the distance was few meter wide. First student saw the width of ravine and couldn’t get courage to jump it as he never did that before. He got scared and stepped back from test.

Then teacher looked at second student. Second student remembered his track of his last test and how he jumped wide gaps there.

He measured his run up, sprinted towards the ravine and launched himself into the air.. and He Made It…!!

After completing test, Teacher said to first student, “In your previous test the difficult path was made such a way that completing it would have prepared you for this one. When you chose easier path it helped you to complete that test easily but you were not able to prepare for tougher exams.”

Moral:
Whenever you Face any difficulties in Life, You shouldn’t get scared and understand that life is meant to be a series of challenges that we overcome, not avoid.

Don’t pray that God will remove the obstacles, pray that he will give you the strength to overcome them.