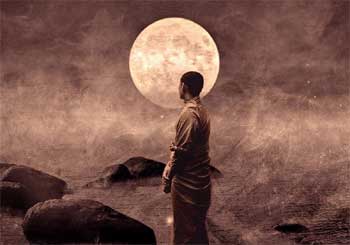 Story 1.
Once upon a time in a village lived a old farmer who used to work very hard. He had a horse.

One day his horse ran away. After hearing this his neighbor came to him and said, “Such bad Luck”.
Farmer replied, “Maybe.”

Very Next morning the horse returned with three other wild horses with him. Again after hearing this neighbor came and exclaimed, “How wonderful.”
Again Old farmer replied, “Maybe.”

Following day, his son tried to ride one of the wild horse and broke his legs. Again neighbors came to offer sympathy to him.
Farmer answered, “Maybe.”


Next day, Military officials came to village to draft young men into army. Seeing old man’s son broken leg, they didn’t draft him. Seeing this neighbor came again and congratulated farmer on how well tings turned out.
Even at this farmer replied, “May be.”

We can see that farmer is practicing non-judgement. He understands true nature of life that we can’t judge any event as an “end” in a way.

Moral:
There is always tomorrow and whether the day was good or bad, There are always million effect which can arise from one event. Things change in an instant at all times.

Story 2.
Once many pupil from many parts of Japan came to attend seclusion weeks of meditation. During one of these gatherings One of then was caught stealing. Whole matter was reported to Bankei. All pupil requested Bankei to expel that person from gatherings but Bankei ignored the case.

Again that person was caught in similar act of stealing and again people demanded Bankei to detain that person from gatherings but Bankei refused.  Pupil who asked for dismissal of thief got angry and drew up a petition and stated that If the person who is stealing is not dismissed then all other people will leave the gathering.

This petition reached to Bankei. After reading petition he asked everyone to gather before him and said, “You are Wise Brothers. You know what’s right what’s wrong. You may go somewhere else to study if you wish but this brother doesn’t even know the difference between right and wrong. If i will not teach him then who will? I am going to keep him here even if you all leave.”

Tears came out of the person who had stolen and all desire to steal had vanished from his mind.

Moral:
If someone commits crime then sometimes we need to look deeper and we might just see that that person simply need to be shown right path. We also need to take time to teach them right and wrong.