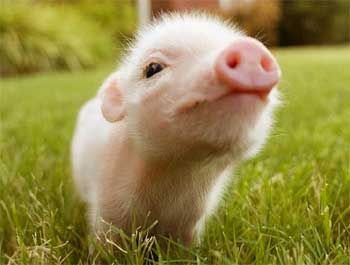 Once upon a time, In a farm lived two bulls. They used to work hard ploughing fields, pulling loads and bullock cart on road.

One day they saw that a farmer bought a baby pig with him and started to take care of him. Farmer used to fed pig with large amount of very best rice and even rice porridge.

Bulls saw this. Younger bull said to elder, “My brother, in this household we both work very hard. We bring prosperity to farmer yet they fed us only grass and hay.

Where as this baby pig does nothing to support farmer and yet he feed him with finest and fanciest food.


Why this pig get such special treatment where as we are fed such simple food?”

Elder bull replied, “My younger brother, It is dangerous to envy anybody. Therefore you should not envy pig for being fed such rich food.

Food pig eats is in truth is food of death.”

Younger brother questioned, “What do you mean by Food of death?”

Elder bull replied, “Soon, a wedding ceremony for farmer’s daughter will be held and this pig will be part of wedding feast. That’s the reason it is being fed and pampered in such rich fashion.”

Bulls saw that on day on wedding, pig was dragged by his legs and killed and was cooked in various types of curries and devoured by guests.

Seeing this elder bull said to younger, “My dear brother, did you see what happened to pig?”

Elder bull continued, “This is result of being fed such rich food. Our poor grass and hay are hundred times better than his best rice and rich porridge. For our food brings no harm to us but instead promises long life.”

Moral:
Don’t Envy the Well-off until you know the Price they Pay.