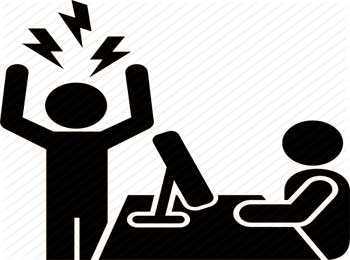 Once two childhood friend, Sonu and Monu went to look for job. Both applied in same company and luckily both were selected for job.

One day boss called Monu for some work, when monu came to Boss office, he refused to do work and saying, “We both started working together in this company at same time and both worked hard for this company still only Sonu got promotion. I don’t want to work here anymore.”

Monu kept on complaining, Boss listened to his complaints calmly. When Monu was done complaining, his Boss said, “Monu i know you work very hard too but still it was not enough to get you promotion.”

At last Boss said, “Ok fine. I will give you promotion and give you salary more than Sonu but for that you have to do something.”

Boss said, “You go out in market and check how many banana sellers are there.”

Monu went and came back, he told Boss, “There was only one banana seller in market.”

Boss said, “Ok. Now go and ask him about price of banana.”

He went to market again and came back to Boss and said, “Banana cost is 60rs per dozen.”

Boss replied, “Ok. Now i will give same work to Sonu. You wait and watch.”

Monu hid in corner of office. Boss called Sonu and ask him to inquire same thing.

When Sonu came back, he informed his Boss, “Sir, there is only one banana seller in market and he is selling it at price of 60rs per dozen. But if we buy his whole lot then he will sell use them at half that’s 30rs per dozen.

He have 30 dozen bananas. If we buy all of them and then we sell them at 60rs per dozen then we will be able to make good profit.”

Monu was standing in corner, listening their conversation. When he heard Sonu reply, he got surprised and realized his mistake. He apologized to the boss for his mistake and continued to work in that office.

Learning:
Hard work is not always enough in life, along with hard work, it is also very important to think smart.