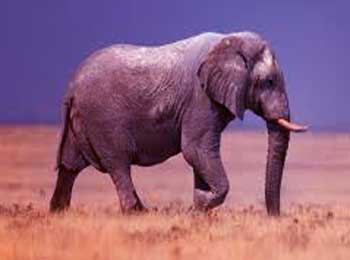 Once in a forest lived a bird. She had a nest on a tree where she laid her eggs. She used to stay there and take care of her eggs.

But one day an elephant came roaming near that tree. A while later bird saw that elephant started to eat branch from that tree. Soon elephant reached for branch on which bird’s nest was built.

Seeing this, Bird requesting elephant said, “Please do not eat this branch. I have my nest on this branch and there i have laid my eggs. If you break that branch my eggs will get broken.”

Bird pleaded with him but elephant ignored her request and said, “I can’t do anything about it, i want to eat that branch..”


Just after saying that elephant broke that branch because of which bird’s nest and all her eggs fell on the ground and got broken.

Bird got very sad and began to cry but she swore that she will take revenge for her loss, done by elephant.

Bird went away and flew to the nearest village. There she went inside a temple and took a piece of sweet which was offered to God by priest.

With that piece of sweet, she went toward forest again and there she threw that piece near an ants colony.

In a while, ants started biting in elephant’s ear because of which elephant felt pain and started to jump sound like mad and fell into a pit. Elephant suffered a lot.

Later Elephant got to know about what bird did and understood his fault and apologized to bird. After that elephant learned that he should never think of someone smaller that him as weak and hurt them.

Moral:
Never Harm or Do Injustice to someone just because that Person is Weaker than You As Everyone have their own Strength and Weakness.

As it is Truly said, “If you can, Help Others.. if you Cannot do that, at least Do not Harm Them.”