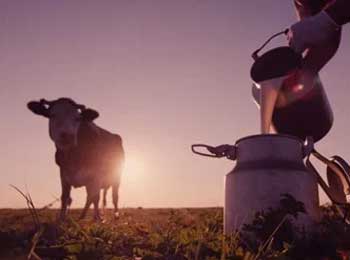 A milkman used to live in a village. He had ten cows whose milk he used to sell after going to city. Everyday he had to cross village river to reach city.

He used to cross river by boat and after selling milk to his customers, he would back to his village by that boat.

While crossing river, milkman used to mix river water with milk everyday and sell that water mixed milk to customers. This way he used to earn a lot more profit with less amount of milk.

Milkman’s son marriage was fixed. So, one day after selling milk, he went to city market to buy expensive clothes, jewelry and other materials needed for marriage.

Weight of goods was more than what that boat could carry and because that boat got imbalance and overturned in middle of river.

Milkman somehow saved his life and reached river bank but All the valuables that he was carrying got washed away in strong current of river.

After losing all his belongings, milkman started crying loudly while sitting on bank of river.

Just then a voice came from river, “Why are you crying? You have lost what you earned by cheating, by mixing water in milk, it went into water itself. It was result of your dishonesty.”

You May Also Like: Be Honest – Old Man Advice (Must Read)