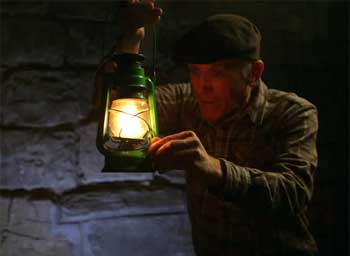 Once in a small town lived an old blind man. He was blind yet while walking out at night he used to carry lighted lamp with him.

One night while he was out of his house, a group of young travelers saw him. After seeing him they realized that he was blind.

Travelers couldn’t understand why would a blind person carry a lighted lamp and started making fun of him.


One to those travelers got curious and asked, “You are blind and can’t see anything then why do you carry lighted lamp with you??”

Blind man replied, “Yes.. I am blind and can’t see anything still i carry a lighted lamp with me for people like you.. who can see.

If i walk at night without lamp, one may not be able to understand that a blind man is coming and could end up pushing me..”

They felt ashamed for their behavior and apologized.

Moral:
We should not Fun of Other’s Just Because we Don’t Understand them. Don’t Judge Others. Always be Polite and try to learn things from Other’s point of View. 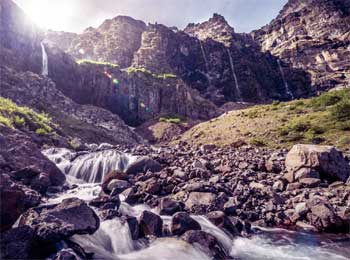 Once a famous philosopher was traveling. While on his way he stayed at a village. There he heard about a boy who was very intelligent. So that philosopher went to see and talk that kid.

While talking to him he jokingly asked, “Would it be better if all the irregularities and inequalities in the world be removed?”

If we flatten mountains, birds will have no shelter. If rivers or seas are filled up then fish would die..

If in a village head’s authority is same as that given to madman, No one will understand what to do..

I would say that world is vast enough to cope up with differences in the world.. Then why change??”

Moral:
We should Respect Differences also as Everything has it’s Own Importance in this world.

You May Also Like: Woodcutter’s Help..!! (Help that will Last Lifetime)