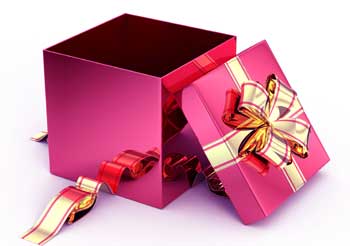 Once a little girl bought a small gift for her father. When she came home, she looked for wrapping paper and then wrapped it up good to gift it to her father.

At night when father came home, she happily came to him and presented that small wrapped gift to her father. When father saw that gift wrapped up in gold wrapping paper which was very costly and then he saw a lot of waste that wrapping paper lying near by. Seeing this father got angry, as money was tight and they couldn’t afford any waste.

He shouted at her and asked her not to buy things like that and went inside. Little girl got sad.

Nevertheless, a few days later, little girl again bought a gift for her father and said, “This is for you daddy..”


Father felt embarrassed about his over-reaction few days back. Father happily took that gift and opened it but to his surprise it was empty.

He got confused. Father took her daughter into her arms and said, “Don’t you know that when you give someone a gift, there suppose to be something inside…”

Little got tears in her eyes and crying she replied, “But daddy it’s not empty.. I blew lots of kisses into the box and they are all for you..”

Listening to her reply father got emotional and hugged her tightly. He asked her to forgive him for his rude behavior.

A little while later, the girl died in an accident. Her father kept the box by his bed for many years and whenever he was feeling down, he would take out an imaginary kiss and remember the love of the child who had put it there.

Moral:
Love is most Precious Gift in the World.