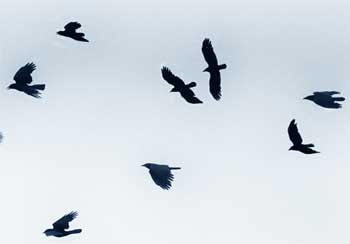 One day Emperor Akbar and Birbal were taking a walk in the palace gardens. It was a nice summer morning and there were plenty of crows happily playing around the pond. While watching the crows, a question came into Akbar’s head. He wondered how many crows were there in his kingdom.

Since Birbal was accompanying him, he asked Birbal this question.

After a moment’s thought, Birbal replied, “There are ninety-five thousand four hundred and sixty-three crows in the Kingdom”.

Amazed by his quick response, Akbar tried to test him again, “What if there are more crows than you answered?”


Without hesitating Birbal replied, “If there are more crows than my answer, then some crows are visiting from other neighboring kingdoms”. “And what if there are less crows”, Akbar asked. “Then some crows from our kingdom have gone on holidays to other places”.

Moral:
There is always a way if you think with ease.

One thought on “Crows in the Kingdom..”