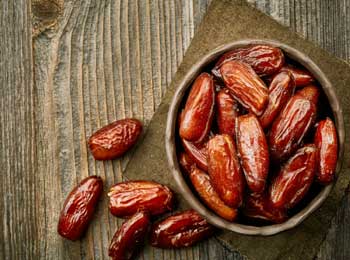 Once a sage was passing through market place. On his way he saw a man selling dates (Khajur).

Seeing him, Sage thought for a while about eating those dates but then he controlled his desire and left but later at night he was not able to sleep at all.

Next morning, he went to a near by forest to collect wood. He collected a lot of fallen wooden sticks and made a big bundle of wood and keep it on his shoulders.

Bundle was very heavy. Sage would walk a bit and then rest and then walk and then as he was carrying more than what he could handle.


But yet he thought to himself, “If you want to eat dates then you have to carry burden of these sticks and bear with it..”

After walking for 2 miles, he reached market place and sold those sticks. He got enough money to buy dates.

Sage was very happy. He went back to place where person was selling dates and bought dates. After buying those dates, he happily started walking back to his place.

Just then Sage saw a man passing by. He called that man and gave all those dates to him and saved himself from becoming slaves of his desires.

Moral:
If you Control your desires then It will Help you to Live a Better Life but If you Give in to your desires and follow Whatever mind says, then You will become Slave of your own Desires/ Mind.

You May Also Like: Problems in Life- Hundred Camels Story!!