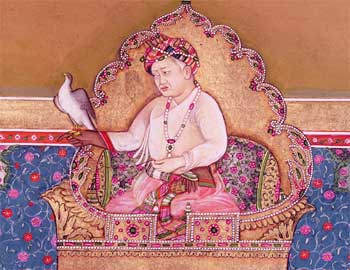 Once a King called his courts wise men and angrily said to them, “You all are here and people say that you are greatest wise men in this kingdom but it seems that i have not been able to learn anything from you. ”

He questioned, “What is matter? You all are here and yet i remain same then what are you doing here?”

At that time, a child was also present there who came there with one of the wise man. He laughed at this.

King asked, “Why are you laughing? It is insulting to court! Hasn’t anyone told you about manners?”

King looked at child’s face and he could see innocent yet ancientness in his eyes, as if he carries all the knowledge from all his experiences in past.

King said to him, “Okay, then can you teach me something?”

King said, “Then teach me.”

Child said, “Ok if you wan to learn from me then you have to follow me and do what i ask you.”

Then he said, “First, you come down here where i am sitting and i will sit on throne. Then again ask me like a disciple, not like a master.”

Then King did as child said. When child sat on throne, he said to King, “Now, you ask like a disciple, not like an emperor.”

King never asked anything. He just thanked child and saying, “There is not need to ask. Just by sitting in a humble attitude near your feet, i have learned much.”

nce becomes teacher to you.

You May Also Like: Bull and Rich Man Story