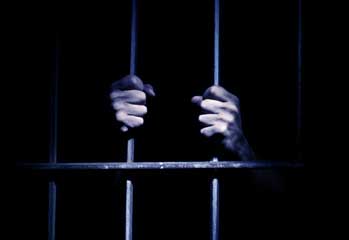 Once a poor boy Rohit got employed in a diamond shop. He used to live his mother and was very hard working and honest person. This impressed his employer and with in year boy got double raise in his salary.

One day his childhood friend Anuj came to visit him from his village. While Rohit would be away at work, he would stay home and help Rohit’s mother with household chores.

One day while Rohit was on his way to deliver diamonds to customer, he got a call from Anuj.

When Rohit received call, Anuj said, “Rohit, you mother got sick and is continuously vomiting.. Please come home as soon as possible..”


Rohit got worried but he was out for work and won’t be able to be back at home at that instant. He replied, “Is she alright?? I am on my way to make a delivery from work, It would take me sometime to reach.. I will be very grateful to you if you can take her to hospital..”

Anuj instantly replied, “But she is calling for you only..You should come home instantly. I can make delivery for you then don’t worry about it..”

They were childhood friends and seeing no other option, Rohit agreed and started to go toward his home.

Anuj was waiting mid way for him to take package for delivery. Rohit handed him package with delivery address and rushed toward his home.

Anuj took package. He knew about Rohit job was related to dealing with diamonds. So instead of taking it to destination, he took it to a secluded place and opened it, to see sparkling diamonds.

He got amazed to see those diamonds and without wasting anymore time, he rushed toward railway station to run away with those diamonds but as he was about to board train, he was caught by police.

Later on he was presented before court, where he accepted his crime and told that he was jealous of his friend’s growth and wanted to ruin his career.

While leaving court Anuj stopped and asked Rohit, “How did you know that i was at station??”

Rohit replied, “I believe precaution is better than cure.. So that why i always fit a transmitter at bottom on every package that i deliver. The transmitter sends signals to my phone at regular intervals which informs me about the real-time location of the package. So when I traced that you were heading towards station with the package, I understood something was wrong and informed the police.”

Moral:
One should not be Jealous of Other’s Progress and Try to Cheat. As Cheating will Never get you anywhere and you will end up paying for it regardless of how smart you think you are.