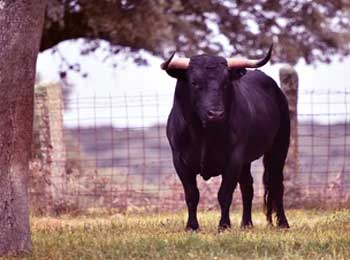 A farmer had a very beautiful daughter. One day, a young boy came to farmer and expressed his desire to marry his daughter.

Farmer looked at him and said, “Young man, you go to the fields. I am going to release three bulls one by one. If you grab tail of any of those three bulls, then i will let you marry my daughter.”

Young man was happy to hear this. So he went to the fields and stood in fields waiting for bull to be released.

Farmer opened the gate of bull-pen and a very big and dangerous bull came out of it.


Young man had never seen such a bull before. He got scared and decided to wait for next bull. So, he turned aside so that bull can pass by him.

Gate opened again, surprisingly this time a bigger and fiercer bull came out. Now, young man thought that first bull was better than this and decided to wait for last one. So, again he turned aside and let the bull go.

Gate opened for third time, a smiled appeared on face of young man. This time, a small bull came out.

As bull started approaching young man, young man made a pose to hold his tail so that it would catch his tail at right time… But.. there was no tail of that bull.

Learning:
The Life of every human being is Full of Opportunities. Some are Simple and Some are Difficult. But once an Opportunity is Lost, then that Opportunity will Not be Available again. So Always try to Grab the First Chance.

You May Also Like: Rich Man Loss and Old Monk – Law of Life