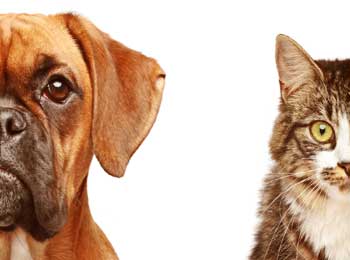 One day a cat was walking down the street and suddenly a big and scary dog came in front of it out of nowhere.

Cat got scared and tried to run away but dog was fast and caught the cat. Cat begged to dog for mercy and asked him to let it go but dog refused. After seeing that dog wouldn’t let it go.

Cat said, “If you let me go now.. Then i will regularly provide you with food. Whatever i catch, i will give you all and would only eat whatever is left..”


Dog liked the deal. He agreed and also warned cat that if she try to cheat him or run away then she has to face dire consequences.

As promised, from that day onward, cat would provide dog with food. Now dog wouldn’t have to go and look for food.

After a month, dog grew fat since it didn’t had to run or catch his prey himself any longer.

One day, dog waited for cat but cat didn’t came with food for dog on time. Dog grew impatient and went to look for cat.

Dog found the cat devouring a mouse but itself, got angry and said, “You have broken your promise.. I will eat you now..”

Cat got scared and started to run for its life. Dog chased her but since dog had grown fat, it got difficult for it to match cat’s speed.

After about 5 minutes of chase, they had reached the end of a cliff. It was a do or die situation for the cat so it jumped across the cliff and luckily made it.

The dog on the other hand who had lost all its agility because of its increased weight, fell over the cliff.

The cat breathed a sigh of relief and walked away.

Moral:
Never Leave your Work on Someone else’s Behalf. It may be quite Luring at the Beginning but will turn Deadly Afterwards.

You May Also Like: How to Live Life (Must Read)