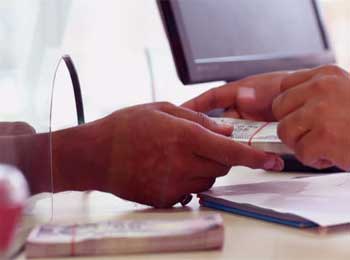 When customer took money, he realized that cashier had given him 1,40,000rs instead of 1,20,000 which he had filled in form. Customer saw that cashier had no idea of his mistake and silently kept money in his bag and left from bank.

Whether it was his fault or not but as soon as he kept that money in bag, he started to worry about extra 20,000rs that he got.

One moment customer thought that he should return money but in second moment he thought that when i accidentally overpaid someone then who comes to return that money to me?


Again, it came to his mind that he should return money but yet again his mind gave some excuse or other reason for not returning money.

But there was a voice of his conscience that kept coming from inside that – you should not take advantage of someone’s mistake.

Customer restlessness was increasing. Whole time he was thinking about if he should keep money or not. He saw time, it was about closing time for bank.

Suddenly he took those 20,000rs and went back to bank. As soon as he decided to return money, his restlessness and tension began to subside.

When customer returned money, cashier breathed a sigh of relief. He thanked customer and took out thousand rupees from his pocket and gave to customer saying, “Brother, You did me a great favor because If you hadn’t return this money then i would have been deducted from my salary. Thank you so much, please use this money to buy sweets for your kids.”

Customer smiled and replied, “Brother, i am grateful to you. Today’s treat should be from my side.”

Cashier was surprised and asked, “But why are you expressing gratitude? Why are you offering me money for treat?”

Customer replied, “20,000rs that you gave me by mistake, gave me an opportunity to self evaluate. If it were not for you to make this mistake, i wouldn’t have gotten in the conflict with myself.

Not would i have been able to overcome my greediness by coming out of it. It was very difficult. It was only after hours of duel that i was able to win. Thank you for this rare opportunity.”

You May Also Like: Power of Conscience – Socrates Stories