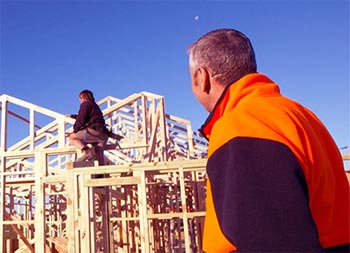 Once there was a carpenter who was really good at his job. He used to work very hard and build beautiful house. With time he grown old and felt that his body was not that strong as it used to be.

Also he earned enough money to live a peaceful and leisure life with his family for rest of his life. So, he decided that it was time for his retirement from all that hard work.

Before carpenter left, employer said, “I know you want to retire but i request you if you could build me one last house as a personal favor.”


Being a employ for such long time carpenter agreed and also made sure that this would be his last project.

Carpenter had made up his made about retire so even when he accepted the proposal, carpenter did not pay much attention to the details of the building he was constructing as last project.

Carpenter did all his life all work with all his heart and best way he can but this time carpenter’s heart was not in his work. He resorted to poor workmanship as he wanted to finish work as soon as possible and leave for his retirement.

When the job was done carpenter called his employer and showed him the house he built. Employer came there and was holding some papers in his hand.

As the carpenter was going to hand over keys of house to employer, His employer hold his fist and wrapped those keys back in to his hands and gave those papers to him saying, “This is your house. It’s a gift from me to you as you have so many years of your life to this company.”

Carpenter was surprise and shocked. He thought to himself, “What a shame!! If only i had known i was building my own house, i would have built better than any other house i had built in my life..”

Moral:
First, God has send us in this world to live life best way we can and now, it’s in our hand how well we build our life and live our life.

Second, When ever we accept any work, we should do it with honesty and give our best to it.

One thought on “Retiring Carpenter Story..! Surprises in Life”