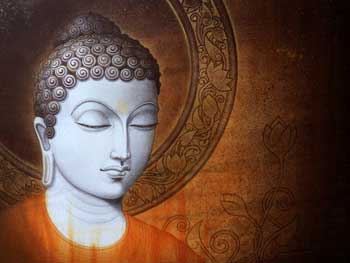 Once Buddha was sitting under a tree. A man came to him and started abusing him. After abusing Buddha that man stood there waiting for some Buddha’s response or reaction but to his surprise there wasn’t even slightest change in Buddha’s expression.

Man got more angry and used more insulting words to insult Buddha. Still he didn’t got any reaction or response from him. This kept on going for few hours.

At last man got tired and asked Buddha, “I have been abusing you, insulting you yet you are not angry at me??”
Buddha replied, “It’s because i haven’t accepted it..”

Man got confused and questioned, “But you heard it, every single word.. didn’t you??”
Buddha smiled and replied, “I don’t need abuse.. Then why would i hear it??”


Man got more confused and stood there.

Buddha understood his confusion and explained it further, “All those abuse remains with you..”
Man replied, “I have said all those words to you.. how would it remain with me??”

Buddha questioned, “Suppose you give someone coins and if that person doesn’t accept those coins.. then with whom will those coins remain??”

Man replied, “If person doesn’t accept those then coins would remain with me..”

After listening to man’s reply Buddha smiled and said to him, “You are right..!! Same happened with abuse.

When you came here and abused me.. said those insulting words but since i haven’t accepted a single abuse from you.. then all those abuse would remain with you..

So, I have no reason to be angry with you..”

Man understood his mistake and apologized to Buddha.

Moral:
Don’t respond to What people say in Anger. Inner Calmness and Peace are ways to Live Contented life.