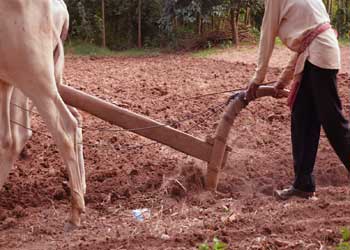 One day while a farmer was on the field getting his harvest ready to take to market, just then Buddha came by and stood in front of him holding a bowl in his hand.. begging for alms.

Seeing this farmer got angry and said, “I worked in fields, i ploughed and sow and there for i eat. It would be better if you were in like manner to plough and to sow, and then you would have food enough to eat without begging.”

Buddha smile and replied, “Don’t get angry.. I plough and sow too.. and having ploughed and sown, I eat.”


Farmer replied, “If it’s true then where are your bullocks and seed?? Where is your plough?? I see no sign of it..!!”

Buddha answered, “Faith is the seed I sow and good works are the rain that fertilizes it. Wisdom and good works are the parts of the plough, and my mind is the guiding rein. I lay hold of the handle of the Law; earnestness is the goad I use and diligence is my daughter. Thus my ploughing is done, destroying the weeds of delusion. The harvest that it yields is the ambrosia-fruit of Nirvana, and by this ploughing all sorrow ends.” 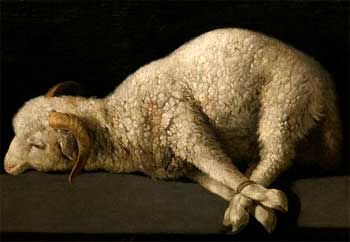 One day a man was preparing for sacrifice in honor of God. Whole lot of goats and sheep were bought together to be slaughtered. When the day of sacrifice came, Buddha visited man and they discussed many thing.

At last Buddha spoke about sacredness of all life, whether it’s of man or animal.

Buddha said, “One cannot get rid of his sins and delusions by making innocent creatures suffer.. For nothing but his own unbroken efforts after right doing and right thinking can avail a man..”

Buddha’s word sank deep into man’s soul and he understood that, “Pure heart and upright ways which are of far higher value than a sacrifice necessitating the shedding of blood.”

Man decided that all those animals should be given freedom and instead f being slaughter they should be left free to live their lives at their own will.

You May Also Like: Knots in Relationship (Buddha Wisdom)

One thought on “Alms and Sacrifice Stories..!!”