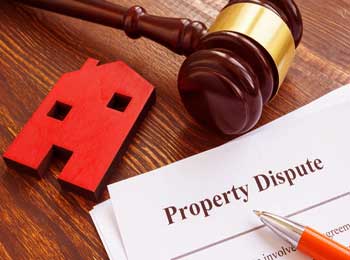 Fight over division of property and land was going on between two sons of Seth and dispute about a house was getting deeper.

One day both brother were fighting so much as if they were ready to kill each other any moment.. When Seth saw them like this, he laughed very loudly.

Seeing their father laughing like this, both brothers forgot about the fight and asked father reason for his laughter.

Father said, “You are fighting so much over a small piece of land.. leave it come with me and i will show you a priceless treasure..


But there is a condition, if you continue to fight then i will not take both of you to the treasure and we will come back even we reach near destiny.”

Both son made a pact for treasure, that no matter what happens, they will not fight and will go on journey with father.

After leaving their home, both son, got on bus with their father. They traveled for about ten hours and then reached a village.

Seth took then to a very big mansion which was deserted from all sides. When they entered mansion, Seth saw that pigeons had made their nests at many places in the mansion.

Seeing that, Seth sat their crying.

Son asked, “What happened? Why are you crying?”

Crying, he said, “Just look carefully at this mansion, just remember he childhood you both spent here..

You may not remember but when you were young, i had fought a lot with my elder brother for this mansion.. At that time i won, i got this mansion but i lost my brother forever because he cut ties with me and left to live in a distant country.

Then time changed and one day we too had to leave this mansion.”

Just then father asked, “Son, tell me which seat were we sitting on when we came here? Would that seat be ours forever?

Both son said together, “How can bus seat be ours forever? Journey of bus continues and passenger on seat keep changing.. Someone else must be siting there before us.. and tomorrow someone else will sit..

What is there in that seat which belongs to us for a while..!”

Father laughed and then said with tears in his eyes, “This is what i am trying to explain to you.. That whatever is your.. is your for a while. Before you its owner was someone else, for a while you are and after that someone else will be its owner.

My dear sons, just keep one thing in mind that for this short time ownership, you should not sacrifice your precious relationships..

If in life money temptations come, then at that time remember condition of this mansion, remember that even at such places, one day pigeons make their nest..

Remember that seat of bus whose passenger keep changing everyday.. Don’t sacrifice your relationship for that seat..”

Both son understood the meaning of father words and fell at this feet crying and apologizing..

Learning:
Whatever wealth we have, all that is ours, is ours only for a short while.. after a while owner changes.. Don’t not to lose any precious relationship in affair of wealth.

You May Also Like: Value of Money Earned – Father Son Story