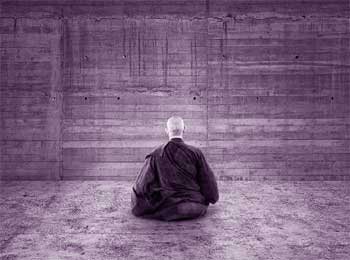 Once a Zen monk Bokuju was passing through a street in village. Suddenly, a man came up and struck him with a stick.

Bokuju fell down and with him that stick also fell there. He got up and picked up that stick.

Man who had hit him and was running away, When Bokuju saw that, he took that stick and started running after him.

He ran after him, calling, “Wait, take your stick with you..!”


Bokuju followed after that man and at last was able to gave him that stick back. But because of all shouting and commotion, crowd gather to see that was happening.

When Crowd got to know what happened, one person from crowd came to Bokuju and said, “That man struck you hard and you have no said anything..! Why?”

Bokuju said, “A fact is a fact. He had hit, that’s all. He was the hitter and i was hit. It is just as if i am passing under a tree or sitting under a tree and a branch falls down. What will i do then? What can i do?”

Man said, “But a branch is a branch, this is a man. We cannot say anything to branch fell from tree, we cannot punish it because tree had no mind but this..”

Bokuju said, “To me this man is also just a tree and if i cannot say anything to tree, why should i bother to say anything to this man? What happened had already happened. I am not going to interpret it. Why get worried about it now? It is finished, over.”

This is Mind of Sage – not Choosing, not Asking, not Saying this should be and this should not be. Whatsoever happens, he accepts it in its totality. This acceptance gives him Freedom, Capacity to see.