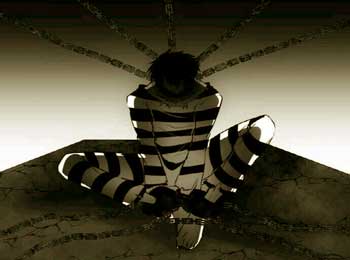 In Rome, lived a blacksmith who was famous all over world for his unmatched skills. Whatever he made, was unbreakable. Therefore, goods made in that blacksmith’s shop were respected all over world and were sold in distant market.

One time, Rome was attacked and lost the war. Many main dignitaries who were in Rome were captured. In total thirty eminent men of Rome were caught and and that blacksmith was one of them. They were chained and were taken to thrown from mountains.

While they were on edge of mountain, twenty-nine of those chained men were crying, only person who wasn’t crying was blacksmith.

Meanwhile, one of them asked blacksmith, “How are you so calm? Soon, we are going to be thrown from here, left to be eaten by wild animals.


At this blacksmith replied, “Don’t worry, I am a blacksmith and all my life i had make shackles and handcuffs. I know how to unlock them. Don’t you panic. Once we are thrown, i will untie myself and then i will help you all too. Don’t be afraid.”

Those men got courage and saw a hope.

Now, all the men were thrown from mountains. All of them survived and dragged themselves and somehow reached blacksmith.

When they reached him, they saw that blacksmith was crying. One of them asked, “What is matter? Why are you crying? Just now, you were giving us courage and you seemed relaxed. What happened now?”

Blacksmith replied, “I am crying because now when i looked closely at these chains, i saw my signature on them, these chains were made by me.

This is story of every worldly man. One day, you will find that you have died by chains created by yourself only.


Name of this whole principle is Karma.

You yourself, make these cages and when you get locked in it and you don’t even realized that all doors and escape ways had been locked by you, yourself and now you cannot escape.

You May Also Like: Nails Pricking and Dog Crying – Deep Meaning