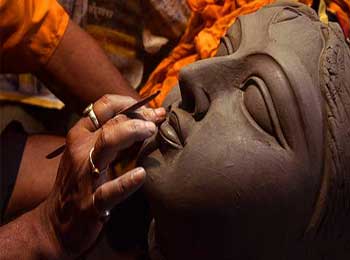 Once a man visited a temple under construction in India. There he saw a sculptor making an Idol of God.

Suddenly he noticed a similar idol lying near by.

Surprised he asked to sculptor, “Do you need two statues of same idol?”


Without even looking up, busy with his work, Sculptor replied, “No, we need only one but the first one got damaged at last stage.”

Man examined idol and found no apparent damage. He asked, “Where is damage?”

Still busy with his work, Sculptor replied, “There is a scratch on nose of idol.”

Man got curious and asked, “Where are you going to install this idol?”

Sculptor replied, “It will be installed on top of pillar twenty feet high.”

Man questioned, “If idol is going to be install that far, who is going to notice that little scratch on nose of idol?”

Sculptor stopped his work and looked up at gentleman, smiled and said, “I will know it.”

Learning:
The Desire to Excel is exclusive of the fact whether Someone else Appreciates it or not. Excellence is a Drive from inside, Not outside. Excellence is Not for someone else to Notice but for your Own Satisfaction and Efficiency. 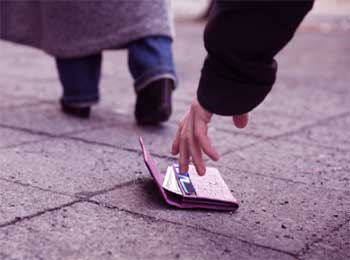 Once a businessman decided to travel by bus. When he got on bus, he found a seat and got seated, he looked around and found a purse on seat. He picked it up and kept it in his pocket.

When he reached home, he found thousand rupees and address slip of person to whom that purse belonged. Man became very happy to found that money and didn’t think about returning it to it’s owner.

Some days later, he himself lost, a hundred rupee note. He searched a lot but couldn’t find it.

On same day, his servant came to him and said, “Sir, i found this note from your garage. Please take it.”

At that same time, Businessman thought, “I am worst than my servant because when i found that purse i didn’t even thought of returning it.”

He realized his mistake and decided to return purse to it’s owner.

At once he set out to owner’s house and handed him the purse. When owner thanked him, he said, “Don’t thank me but my servant who had changed my heart.”

Moral:
Honesty is Best Policy. We sometime get Distrac

ted from Path of Right but Moment we understand our Mistake, we should take Step to Correct it.

Search Keywords: Sculptor Story about Work and Perfection, Short Story about Businessman and His Servant Honesty with Moral Lesson