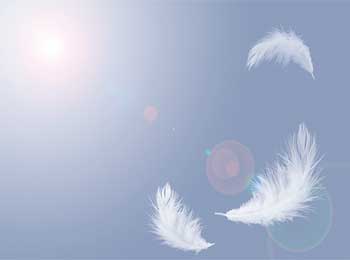 After some time, farmer realized his mistake and wanted to take his words back but didn’t know what to do.

Just then he got to know that a saint was visiting their village. So, he decided to go to saint and ask for solution.

He went to saint and told him whole thing and asked him to tell him a way to take his words back.


Saint said to farmer, “First, go and collect a lot of feathers in an open basket and then keep them in middle of village and come back.”

Farmer did the same and next day went back to saint.

Saint said, “Now go and bring those feathers back.”

Farmer went back to get those, but when he got back by then all the feather had flown away because of wind.

Farmer returned to saint empty handed and told him, “I couldn’t bring back those feather because there were none left in basket as they were all flown away by winds.”

Saint told him, “Same thing happens with the words spoken by you. You can easily say them but can not take them back even if you want to.

You should always remember this before saying something bitter and bad to someone in anger that your words can not be taken back. Therefore it is better to remain silent at times of anger.”

Learning:
Words can too Hurt Others. Therefore, Always think before you Speak.

You May Also Like: Gossip and Its Consequences – Priest Story!

2 thoughts on “Basket of Feathers – Always Think Before You Speak”