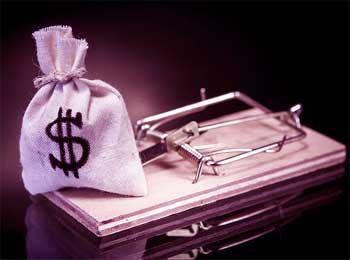 Once two friends used to live in a village. They used to play, study, do everything together since childhood.

When they grew up they decided to leave their village and go to city to find job. It would take few days to reach city, so they packed necessary things, food and drinks from their house and started their journey towards city.

After walking for half day, they both got tired and decided to stop for rest before entering the dense forest ahead.

Just then they saw a monk came running from direction of forest. Monk was panting and looked extremely scared. Friends gave him water and asked reason for his fear.


Monk told then them that, “There is a witch on way ahead.. You should not go on that way, believe me, both of you should return from here.”

Having said this, monk left.

Both friends were confused and scared after listening to monk’s words. Both wanted to go to city to look for job and there was no other way they could think of to go forward. They were afraid but still decided to go ahead.

They gathered their courage and started to walk in forest’s direction. After walking some distance, they reached inside forest where they saw a big bag lying there. Fearing, both the friends reached near that bag.

When they opened that bag, they saw it was full of gold coins. There were so many coins that both of their lives could easily be spent in complete luxury. Both were beaming with joy, they were proud of their decision to move forward despite being afraid.

At same time, they both started making fun of monk for being afraid.

They took that bag and sat under a tree. They decided to share the money among themselves equally. Soon, both of them started feeling hungry and decided to cook food to eat. First friend started making arrangement to cook food while other went to near by river to fetch water.

While walking on the way to river, second friend started thinking,”What if i don’t have to share those gold coins.. I can keep them all for myself and then i can live luxury life with my family without having to work to earn money..”

Thinking this, soon he started to think about way to kill his friend. While filling water, he found a sharp weapon lying there. He picked that up and hid it in his clothes.

He was rejoicing in his mind thinking of getting all gold coins for himself.

He reached back with water and started to wait for right time to attack his friend. While his friend was preparing food, he found an opportunity and attacked him from behind, attack was fatal and friend died on spot.

Now since his friend was dead, he felt relived and hungry. Since food was prepared, he decided to eat before leaving.

But what is this? After eating a little food, blood started coming from his mouth and he started suffering.

He realized that his friend had mixed some poisonous wild herb in his food when he had gone to fetch water. Within a short time, he too died in agony.

Now both the friends were lying dead and that bag, the witch in the form of money was lying as it was. That monk had rightly said that there is a witch ahead. That bag full of coins proved to be a witch for those friends.

Learning:
This is also the truth of life. We get so engrossed in the accumulation of Wealth that we even forget our relationships. Today the witch in the form of money is sitting in every house.

In the affair of this illusion, man has become a beast. We should learn from this story that we should never give more importance to money than necessary and should never bring it in between our friendship or relationships.

You May Also Like: Four Lamps and Saint’s Warning – Greed Story