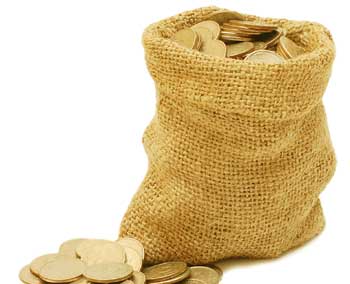 Rohan was a greedy and a selfish man. He always desired to have lots and lots of wealth and never hesitated to cheat others to earn money. Also, he never wished to share anything with the others. He was so selfish that he would like to own everything for himself.  The selfish man used to calculate each and every small aspect. He paid a very little amount of wages to his servants. Where ever he went, he calculated a lot to save money by deceiving others. He also told a lot of lies to protect his wealth. Simply, Rohan was the antonym for the word HONESTY.

However, he was taught a nice lesson by his own act.

After a couple of days, a ten year old girl, who was located near Rohan’s house, told her father that she had found a small bag and it had 50 gold coins. Her father worked in Rohan’s land. He told his daughter that it was his chief’s money and he had lost it before two days and added he would return the bag to his master. They weren’t very rich and the father could retain the gold coins with themselves and hide the fact of finding the bag.  He was so honest that he should return the valuable coins to his master, who really owed it.


He gave it back to his master Rohan and asked him to check whether the bag had 50 gold coins. Rohan who was literally happy to get the coins, decided to play a trick. He shouted at his worker, ‘There were 75 gold coins in this bag and you gave me only 50! Where are the other coins? You have stolen them!’

The worker was shocked to hear this and he pleaded to his master that he gave whatever his daughter had found. Selfish and greedy Rohan did not accept it and they decided to take the issue to court to get the right judgment. The judge heard both the sides. He examined the daughter and the worker about the number of coins they had found in the bag and they assured it was only 50!

He cross-examined Rohan and Rohan replied, ‘Yes lord, I had 75 gold coins in my bag and now they gave me only 50! They have stolen my 25 coins!’
Judge asked, ‘Are you sure you had 75 coins?’ and Rohan nodded his head.

Then the judge made his judgment, ‘Since Rohan lost a bag of 75 gold coins, the bag found by the girl which had only 50 coins doesn’t belong to Rohan and it was lost by somebody else. In addition, if anyone found a bag of 75 gold coins, I would declare it belongs to Rohan. Also, there were no claims against the loss of 50 coins and I order the girl and his father to take those 50 coins as a token of appreciation for their honesty!’

Moral:
Honesty is rewarded and greediness is punished!