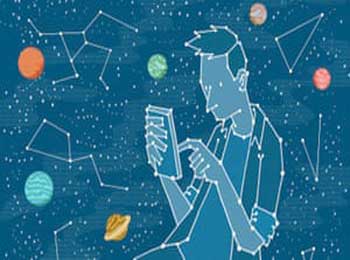 Once upon a time, there was a rich man who used to live in city and follow astrology. He got to know that in neighboring village lived a girl who was good and honest and pretty. So, he decided arrange marriage of his son to that girl. He was sure that he couldn’t find better girl for his son.

Proposal was taken to girl’s home. All agreed. On spot they decided for date of wedding by priest of that village. Wedding rituals were to be done in Girl’s village. Everyone was happy.

When Rich man family returned, they called their family priest and told him about wedding date. Priest became angry about fact that they went on to decided about wedding without consulting him first.

He didn’t said anything at that time but decided to get even with them.


All preparations were made and Wedding day arrived. Rich man family priest dressed up and all family, friends came together to go to Bride village.

Just then priest started to look at his star charts seriously and said to rich man that this time stars were in middle of an unlucky constellation and it wouldn’t be auspicious time for wedding.

He told them that not seeking his advice, they had picked the worst day of year for wedding. Wedding on such day would result in terrible marriage.

Listening to this, rich man’s family got frightened and for got all about bride’s good qualities and decided not to go to Bride’s village. They were so frightened that they didn’t even thought about waiting bride and her family and even forgot to send anyone to inform about it to village.

Meanwhile, Bride’s family had arranged everything for wedding ceremony. All were eagerly waiting for Groom’s arrival. Groom’s family didn’t arrive on agreed time yet they waited and waited and at last they realized that they are not coming.

Girl’s family thought that those city people picked a date and time for wedding yet they didn’t show up. This is insulting. Why should we wait any longer for them. Let’s find an honorable and hard working man from village.

Luckily they found groom for bride and quickly arranged marriage and celebrated the wedding.

Next day, Rich man’s family priest told them that today all the stars and planets were aligned in perfect position for wedding. So all were happy to hear this and went to village at wedding place and asked girl’s family to bring Bride for wedding.

Girl’s family said, “You picked a date and time for wedding and then you disgraced us by not showing up..”

Rich man told them all about astrology and priest prediction.

Girl’s family replied, “You have no honor. You made the choice of day more important that choice of bride. It’s too late now. Our daughter is married to another man.”

Just than a sage happened to come along. Seeing them quarreling he tried to settle dispute. He got to know all that happened.

Listening to all Sage said to Rich man, “Good fortune was in bride not in stars. You have followed stars and lost bride for your son. Without your foolishness, those far off stars can do nothing..!”

Rich man understood his mistake, felt sorry for his foolish decision and left village with his family.

Moral:
One should not Blindly follows Astrology Priest and should Think twice before deciding anything based on facts and Situation rather than just Relying on Stars.

You May Also Like: Buddha and Criminal Story (Life Transformation)