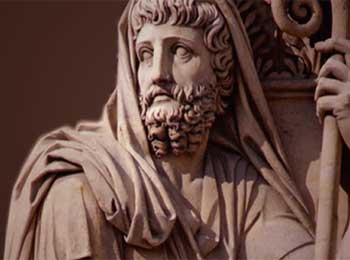 At his Best, Man is the Noblest of all Animals.. Separated from Law and Justice, He is the Worst.

The Beginning of Reform is not so much to Equalize Property as to Train the Noble sort of Natures not to Desire more and to Prevent the Lower from getting more.

The Most perfect Political community is one in which the Middle class is in Control and Outnumbers both of the Other classes.

The Society that Loses its Grip on the Past is in Danger.. For it Produces men who know Nothing but the Present, and Who are Not aware that Life had been and could be Different from what it is.


All who have Meditated on the Art of Governing mankind have been Convinced that the Fate of Empires depends on the Education of Youth.

Those who Educate children well are more to be Honored than, They who Produce them, For these only Gave them Life, Those the Art of Living well.

Poetry is Finer and more Philosophical than History.. For Poetry expresses the Universal and History only the Particular.

Poetry demands a Man with a Special Gift for it or else one with a Touch of Madness in him.

My Best friend is the Man who in Wishing me well, Wishes it for my Sake.

Friends hold a Mirror up to Each other.. Through that Mirror they can see Each other in ways that Would not otherwise be Accessible to them and It is this Mirroring that Helps them Improve themselves as Persons.

The Aim of Art is to represent Not the Outward Appearance of Things but their Inward Significance.

Obstinate people can be Divided into the Opinionated, the Ignorant and the Boorish.

The Difference between a Learned man and an Ignorant one is the same as that Between a Living man and a Corpse.