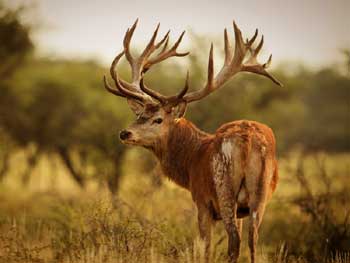 Once a thirsty Stag was roaming around in the forest in search of water. After a while he found a clear water lake. Stag went to lake and drank water. After drinking water while looking in water he saw his own reflection.

In reflection he saw his beautiful horns. He was so happy to see how beautiful his horns are and admired them but as soon as he saw reflection of his legs, he despised them because they were looking thin and ugly.


In meantime, hunter’s hounds who were chasing him, caught up to him and killed him.

Just before Hunter’s hounds killed him, Stag thought to himself, “I was so foolish to but despise my thin and ugly legs and admire my horns.

When in danger because of my legs i was able to run as fast as possible but my horns which i admired for their beauty became cause of my death..”

Moral:
We should not judge anything by Appearance. Thing that is despised often proves to be more valuable and useful in times of danger.