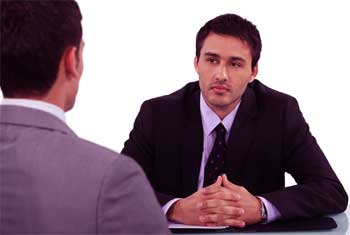 One day a young person who was academically excellent applied for manager’s post in big company. He passed written exam and then group interview. After this young man had to face final interview to be taken by company’s director. In final interview Director looked into young man CV and saw that young person did extremely well throughout his study life. Director started questioning him.

Director: Did you ever obtained any scholarship in your school or college?
Young man: None

Director: Did your father paid for your school fees?
Young man: My father passed away when i was 3, It was my mother who paid for fees.

Director: Where did your mother worked?
Young man: Sir, my mother used to work as cloths cleaner.

Director: Have you ever helped your mother for washing cloths?
Young man: No, She always wanted me to study and learn more. Further more, she could wash cloths much faster than i could.

Now, Director asked the young man that when he go back to his home today just go to his mother and clean her hands, after that he can come back and see him for job.

Seeing of getting a chance to get the job young man was very happy. So, when he went back to his home he requested his mother to let him clean her hands. Listening to this request she felt strange and happy and with such mixed emotions she showed her hands to him.

Now young man started to clean her hands slowly and as he slowly cleaned her hand tears fell from his eyes. For first he noticed his mother hands were so wrinkled and there were bruises in her hands and some bruises were so painful that she shivered with pain when they were cleaned.

This was the first time young man realized that his mother washed clothes everyday to enable him to pay his school fees. Bruises on her hands was price that mother had to pay for his graduation. After cleaning of his mother’s hand he washed up remaining clothes quietly and that day he spent a long time talking to her.

Next morning he went to director’s office. Director noticed tears in his eyes.

Director asked him, “What you did yesterday?”
Young man replied, “I cleaned my mother’s hands and finished cleaning remaining cloths.”

Director asked him, “Please tell me what are you feeling now?”
Young man replied, “Firstly, Now i know what’s appreciation. Without my mother i wouldn’t be here today. Second, By helping my mother now i realize how difficult is to get things done. Third, Now i learned to appreciate importance and value of family.”

After listening to young man answer director said, “This is what i had been looking for in my manager. I want to recruit someone who can appreciate help of others and understand suffering of others to get things done. You are hired.”

Moral:
If a person doesn’t underst

and what difficulty loved one have faced to provide them comfort then they will never value it.

10 thoughts on “Inspiring Interview – Appreciating Others”