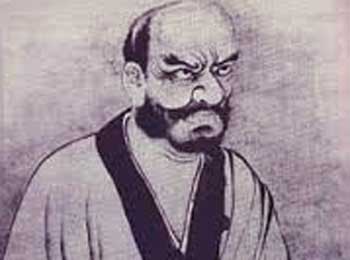 One day a man came to him. Man was not in good mood and because of this when he entered Master’s room, he pushed and slammed door very hard.

He removed his shoes and threw them away and as soon as he lifted his foot to enter, Just then Rinzai said, “Wait, Don’t enter.”


Rinzai replied, “First go and ask for forgiveness from door and from your shoes.”

Man said, “What are you talking about? I heard that these Zen people are mad, i didn’t believed. But now it seems true.

What nonsense you are talking about? Why should i ask forgiveness from door and shoes? It looks so embarrassing.

Rinzai replied, “You get out, right now and never come again. If you can be angry at shoes than why can’t you ask for forgiveness?

When you were angry, you never thought it was so foolish to be angry with shoes. If you can relate with anger then why no with love?

When you slammed door with such anger, you related to door, you behaved wrongly, immorally. That door has not done anything to you.

Under impact of Rinzai silence, people sitting there and that presence of master like a flash, man understood.

He understood the logic of it and it was – If you can be Angry then why can’t you be Loving?

Man went and touched door and tears started to flow from his eyes. he could not hold back his tears. Then he bowed down to his own shoes, a great change happened in him.

That moment he turned and came towards Rinzai, Rinzai took him in his arms and embraces him.

Moral:
Anger and Love have no Limits. It’s you Choice what you Chose to Follow.