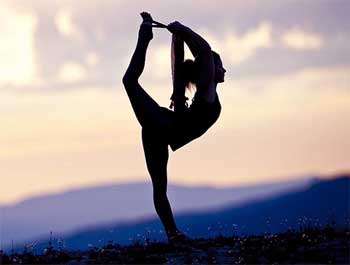 Yoga is the Art work of Awareness on the Canvas of Body, Mind, and Soul. It combines Body postures, Breathing and Meditation.

Yoga Originated in India and is one of the Oldest physical Disciplines in Existence. It was originally Practiced as a form of Healing.

Maharishi Patanjali is a Saint who is known for his Treatise on Yoga, entitled ‘Patanjali Yoga Sutra’.

The Rig Veda is the First of the Vedas and contains Thousands of Hymns and Sanskrit mantras. It is believed to be the Oldest known Text in the world, Dating back to 1500 B.C. or earlier.


There are 84 Classic Yoga Asanas, the Asana being one of the 8 limbs of Yoga.

Ancient Yogis believed that we only have a Limited number of Breaths in each Life. Hence, It made Sense to stretch our Life out a bit Longer by taking Slow and Deep breaths.

The Yoga symbol ‘Om’ is said to be the Primordial sound of the Universe and is connected to the Ajna Chakra or ‘Third eye’ region.

There are over 100 different schools of yoga, including Hatha yoga, Raja yoga, Jnana yoga, Bhakti yoga, Karma yoga, and Bikram yoga. While each School of Yoga has different Practices, they have a Unified Goal: the State of Pure bliss and Oneness with the Universe.

Dawn is the Best time to Practice yoga because the Air contains the Most Prana – Life energy.

Yoga increases One’s Life span. Yoga aids in Expanding the Lungs and Benefits the Heart. Thus, People who practice Yoga live Longer than those who Do not.

Practicing Yoga can enhance the Mood of a Person. Breath is an Indicator of Mood. Breathing in Patterns can Lift up the Mood of a person.

Yoga literally Alters your Mind. A Consistent yoga practice Increases your Flexibility. Allowing your body to Develop flexibility also opens the Door for a much more Flexible, Open mind.

There is a Long list of Health benefits that come from a Consistent Yoga Practice. Flexibility, Strength and Endurance physically and Calm, Self-aware and Present mentally.

Yoga has been called one of the First and Most successful Products of Globalization.

According to the Guinness World Records, the World’s oldest yoga Teacher is Bette Calman (85 years old).