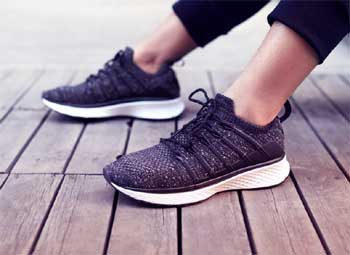 The First pair of shoes containing a Left and Right shoe, were created in Philadelphia. There was No evidence that Right and Left shoes were Created before this time.

For centuries, Heels signified a High social standing rather than Gender. It was also crucial for Men riding horses to have a Heel on their boot in order to Stay in their stirrups.

Britain was the First country to create a Shoe sizing system. King Edward announced that Barley corns would be used to measure Feet.

There are Records showing how the Egyptians and Chinese civilizations saw shoes as an Essential part of peoples Daily clothes.


First shoes were created by people Hot and Cold environments that had great need to Protect their feet from the Natural elements. For example, Sandals were created by Egyptians because of Hot sand and Animal skin shoes were used during the Last Ice Age.

The Upper class, in 17th century Europe, Wore 6-inch heels to Signify their Status. Only the Wealthy could actually afford to wear Heels during these times because Wearing shoes like this required a lot of Effort. Aristocrats had to walk with Servants on their sides while wearing these Extremely high heels to stop them Falling over.

The Wooden shoe that is often referred to as Clogs were called klompens by the Dutch.

Tribes around the World use the Skin of animals and Tree sap to make their Shoes.

The most Expensive shoes ever Sold cost: $660,000 and were sold in 2000. These shoes were the Iconic Ruby red slippers that belonged to Dorothy in the Wizard of Oz. They were the Original pair worn by the Actress.

The Shoes worn by Neil Armstrong, when he Walked on the Moon, Discarded his shoes outside, in Space. They were Never found again.

The Largest shoe in the World is 5.5 meters long and 2.25 meters wide. It was found in Marikina City, Philippines, the Shoe capital of the Country. It Cost around $2 million to build this Shoe.

The Iconic Red Soles of Louboutin Shoes were Inspired by an Andy Warhol Drawing.

The Largest High heeled shoe Measures 6 Ft and 5 in Long and 6 Ft and 1 in Tall.

Embroidered shoes, is a Huge part of the Chinese Culture. It shows the Country’s Culture, Art and Artisanal skills.

The Limited edition ‘Oliver Sweeney Brogues’ have a Secret compartment in their Heels where a Miniature whiskey bottle can fit.

In Japan, It is disrespectful to Wear your shoes inside the House.

In Mexico, Cowboy’s boots can have a Pointed toe that reaches up to 1 meter long.

Heels will help Accentuate your Bum by up to 25%.

Stiletto high heel shoes were Designed by Roger Emanuel in 1954. The word ‘Stiletto’ came from the Latin word that means ‘Stake’ or ‘Small knife’.

The Term ‘Sneakers’ Was Born Because the Rubber Sole in the Shoes allowed you to Walk around without Being Heard.

Due to the Trade close Italy Experienced in the 1940s, Steel was no longer available, so Designer Salvatore Ferragamo experimented with New materials, thus creating Wedge Shoes.

The First Women’s boots were Created for Queen Victoria in 1837. Shoemaker Joseph Sparkes-Hall created Elastic-sided boots for the Queen to slip on and off. The Style evolved into what is known today as Chelsea boots.

In Ancient Egypt, Slaves had No shoes or wore sandals made of Palm leaves. The Commoner wore Sandals made from Papyrus. Those in Higher status were allowed to wear pointed Sandals.

The only Shoe museum in North America is located in Toronto, Ontario. This Museum Showcases shoes spanning over 4,500 years. The Bata Shoe Museum has Compiled exhibits by Sonja Bata.

Shoe addiction is Real. The Prefrontal cortex in the Brain, gets Triggered whenever you see a Shoe that you like.

Shoes are the Reason why our toes are Weak and have Lost their ability to Grip onto objects.

Marie Antoinette had 500 pairs of Shoes and It was Recorded that he was Executed while Wearing high heeled shoes.

Jimmy Choo was a Real Prodigy. He created his First shoe when he was 11 years old.

The Nike founder was Inspired by the Pattern made by Waffle makers, When he designed the Soles of his Shoes.

‘Dr Martens’ were originally Created for Work men because of their Air-cushioned Soles.