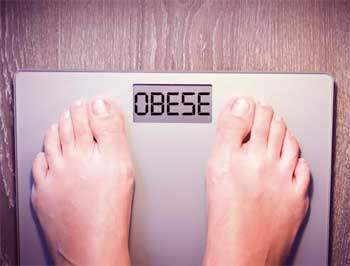 The word ‘obese’ is from the Latin obesus or ‘Having eaten until fat’.

Approximately 97% of Dieters Regain everything they Lost and then some within three years.

Fat cells generally do not Increase in number after puberty so even if you Gain weight the number of fat cells you have remains the Same. But Each fat cell simply gets bigger and can expand up to Ten times its Normal size.

A fat cell lives for about 7 years. When a fat cell Dies, a new one grows to Replace it. If Fat cells are removed by Liposuction, the body Compensates by growing new fat cells in other Areas of the body.


Healthy nutrition and Exercise do not make fat cells Disappear. Instead, Fat cells become like Deflated balloons, waiting to be Refilled again.

Some people have Twice as many fat cells as other people. Additionally, the cells of Overweight and obese people hold more Fat.

In the First half of the 20th century, Cigarette makers regularly touted their Products as a Weight loss aid.

Amid the many hundreds of Diet books are really only Four basic rules for Weight loss: 1) Eat carbs in the form of whole grains or fiber, 2) Avoid trans and saturated fats, 3) Eat lean protein and 4) Eat lots of fruits and veggies.

Weight loss pills may help a person Lose weight temporarily but they can cause other Negative side effects such as Severe mood swings and Depression.

Liposuction Removes only the fat that lies directly underneath the Skin. The most fat that can be Removed safely is 2 – 3 pounds.

After undergoing Bariatric surgery, approximately 87% of patients said their Taste buds had changed. Almost half of them said food didn’t taste as Good.

People with a Disorganized work space are more likely to Eat junk food.

Sleep Deprivation can make it harder to Lose weight. Inadequate sleep upsets a person’s Hormone balance, which decreases leptin (a hormone that makes a person feel full) and increases ghrelin (which triggers hunger).

Researchers believe the Strong scent is Distracting and helps keeps a Person’s mind off of their Appetite.

While there are few Super foods proven to rev your Metabolism, Protein is one nutrient that actually may Increase the amount of Calories you burn.

Simple carbohydrates, like white bread and crackers, can also Slow Weight loss. When you eat them, your insulin levels rise. The Insulin then Encourages the body to store the Sugar for later use, as fat. Choose High quality carbohydrates, like vegetables, fruit, beans and legumes and whole grains.

‘Fletcherism’ Introduced by American Horace Fletcher, the diet promoted Chewing a mouthful of food at least 32 times or until it was turned into Liquid. He argued his method of Eating could help people avoid Disease and Lose weight.

Elvis Presley was famously a fan of the ‘Sleeping Beauty Diet’ or a diet where a person is Sedated for days at time. The reasoning behind the Diet was that a Sleeping person wouldn’t eat.

In the ‘Tapeworm Diet’ some people swallow Tapeworms to help them lose weight. Unfortunately, there is possibility that the tape worm might lay Eggs in other tissues which could cause seizures, dementia and meningitis.

If you Don’t eat all day and then Eat a large meal at night, you will get a Higher insulin response and you are much more likely to develop Metabolic dysfunction which lead to weight gain.

The body begins to burn Muscle rather than fat after just 20 minutes of Cardio exercise.

Muscle uses more Calories to Maintain itself than any other body Tissue. For every pound of muscle someone puts on, they Automatically burn an extra 22 to 36 more calories a day.

Everyone’s body is Different and there’s more of a likelihood that same method won’t work for Everyone. So you should pay attention to your own body and find what Works for you.

By Starving yourself, you can cause your Body to turn Catabolic, a state where your body essentially starts Eating Muscle instead of Fat to maintain itself. That can then have all kinds of Bad side effects on your Body.