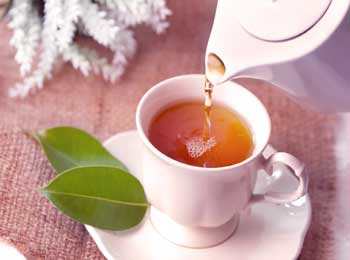 According to Legend, Tea was discovered in 2737 B.C. by Chinese Emperor Shen-Nung. He discovered the beverage when Tea leaves accidentally blew into his pot of Boiling water.

There is an Estimated 1,500 different types of Tea.

It takes around 4 to 12 years for a Tea plant to produce Seed. It takes about Three years before a New plant is ready to Harvest.


All Tea is made from the Leaf of the plant Camellia Sinensis. The Specific types of Tea are made by Processing the Tea leaves differently.

There are 6 Basic Categories of Tea: White, Yellow, Green, Oolong, Black and Post-fermented.

Black tea is the Most common Tea beverage in the United States, the U.K. and Europe. Green tea is popular in Japan and China. Oolong and White tea are in General less popular.

Black Tea constitutes around 75% of the World’s Tea Consumption.

The Word Tea comes from the Chinese Te, which was the word in the Amoy dialect for the Plant from which Tea leaves came. In Mandarin, the word was cha, which is where the words char and Chai are derived from.

The Ritz Carlton of Hong Kong has the World’s most Expensive High Tea meal, at a Price of $8,888 per couple.

Boodles jewelers made a Handcrafted diamond teabag worth $15,250. As the most Expensive teabag in the World, It contains 280 diamonds.

The most Expensive Tea in the world is a Rare Chinese tea called Tieguanyin, which is around $1,500/lb. The Tea is named after the Buddhist deity Guan Yin. It is an Oolong tea.

The most Expensive Teapot in the world is a Rare pair of ‘Melon’ Teapots from 18th century China. They Sold for $2.18 million.

The Art of Reading tea leaves is called Tasseography.

It was the American Thomas Sullivan who accidentally invented the Teabag when he sent out samples in Small Silk pouches to Customers in 1904. They did not know to Empty the contents into the Pot and Added everything including the Silk container.

Though Drinking all of the Different types of Tea is considered to be Beneficial to one’s Health. It is Green tea that has the Best reputation as a Super food.

Drinking tea is less likely to Produce a ‘caffeine crash’ than drinking Coffee.

Tea is a Diurectic – It makes you need to Urinate.

Tea in England was originally an Expensive product that only the Elite could afford.

The Practice of putting Milk in First is to do with Social class, not Taste.

If Actors are required to Drink whisky in a film or TV scene, They often are just Drinking watered-down Tea instead, which looks the same as whisky.

In Many parts of the World, Tea is an important part of the Day and an Expression of Hospitality.

In Morocco, It is the Man’s job to pour the Tea. He holds the Long spouted pot high above the Glass while Pouring so that Each glass of tea has a slightly Frothy head to it.

When Tea is being poured in China, Guests tap two or three fingers on the Table three times to Show Gratitude to the Server.

The Tannins found in Green tea have been found to Help stop Bleeding by Coagulating the blood.

Britain is the Second largest Nation of Tea drinkers per capita. Ireland is the First.

Tea was initially sold in Coffee houses in England. Only Men were allowed to Enter coffee houses. Finally, in 1717, the Twining family opened the Golden Lyon, a tea shop that allowed Women.