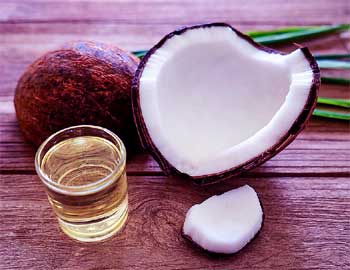 Just like Mangoes, Cashews and Cherries, the Coconut is actually a Drupe and not a Nut. The Drupe is an item that has a Fleshy outer around a pit.

The Fairground pastime of Coconut shy, a Game consisting of Stacked coconuts and Balls to knock them down, has Photographic evidence of it being Played as early as 1890.

The Largest Producers of Coconuts are Indonesia, Philippines and India.

The Coconut Palm is actually the National tree of The Maldives.


Coconut water contains Minerals which perfectly Mimic that in the Human body and has been used as a short-term Substitute for Human blood plasma.

Coconuts in different forms are Anti-viral, Anti-fungal, Anti-bacterial and Anti-parasite.

On average, Three and a half cups of coconut Equates to 1 tbsp of Fiber. This is the Recommended daily amount of Fiber an adult should have.

Coconut water on Average contains 94% water with around 46 calories a Cup.

A Coconut tree can have up to 180 coconuts Harvested during a Single harvest.

The Coconut tree is Botanically named Cocus Nucifera and They can grow up to 82 feet high.

The Three holes in a coconut are actually Germination pores for the new Tree shoot.

The Coconut tree could Not be grown away from the Shore without human beings Transporting it.

Coconut Husks can be burned as a Mosquito Repellent.

People have actually used Coconut fibers over the centuries to Construct robust Armor. This includes the natives of the Kiribati islands, who used woven Coconut String to build their Suits.

Researchers are investigating whether Coconut Husks can be used as a Low cost solution to building Material in the Philippines.

The Trunk of a coconut tree is used in the Construction of Bridges, Houses and Boats.

In India, the Coconut is used in Religious Ceremonies and is prominent in the Hindu religion.

The Tokelauans in the South Pacific, consume 60% of their Daily calories from the coconut and are in Excellent health and show no signs of Heart disease.

Coconut oil was the World’s leading Vegetable oil Prior to the Predominance of Soybean oil.

Coconut oil has Swept the Beauty world with so many Celebrities and iconic figures Swearing by it including Eva Mendes.

Coconut grenades were a weapon used in World War II by the Japanese in which a coconut was filled with items most importantly a grenade, and then thrown at the enemy.

During World War 2, coconut water was said to be used to treat dehydration due to short medical supplies.

Carbon made from the Coconut was used in the Production of Gas masks in WWI.

In April 2007 the Largest coconut Ensemble was held with 5,877 people in London. They Played it to the Monty Python hit “Always Look on the Bright Side of Life“.

Half coconut shells can be Struck together to Imitate the Sound of Horse’s hoofbeats.