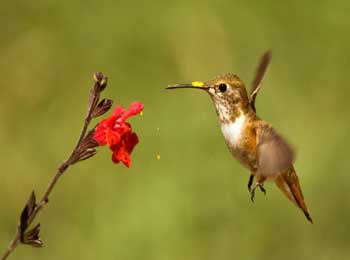 To Make them more Lightweight, Most birds do not have Bladders to store Urine. Rather than producing Liquid urine to get Rid of wastes, They produce a white pasty Substance.

Birds don’t Fall off of a Branch when they Sleep because their Toes automatically Clench around the Twig they are Standing on.

Ravens are great at Mimicking Human speech and sounds.


Ostrich Eyes are the Largest of any animal that Lives on land. Approximately the Size of a Billiard ball.

When Ducks nap in Groups, Ducks on the Perimeter keep guard by Sleeping with One eye open.

Hummingbirds are incredibly Lightweight. The Average Hummingbird is around 4 grams.

Hummingbirds are the only Birds that can fly Backwards.

The Most Talkative bird in the world is the African Gray Parrot. One Parrot could say over 800 words. Most species of Parrots can learn only 50.

Kiwi Birds are Blind, so they Hunt by Smell.

The Unique black and white coloring of Penguins works as Camouflage.

Hoatzin Chicks are born with Claws on their Wings.

When it comes to Birds, the Males tend to have the more Glamorous Feather shape, Coloration, Songs and Dances.

Mockingbirds can Imitate many Sounds, from a Squeaking door to a Cat meowing.

Owls turn their Heads almost 360 degree (a complete circle) but They cannot Move their Eyes.

Some Breeds of Chickens can lay Colored eggs. The Ameraucana and Araucana can lay Green or Blue eggs.

Coal miners often used Canaries to Detect poisonous levels of Carbon monoxide gas. Miners knew that if the Canary passed out, they were in Danger too.

The Bird with the Greatest Wingspan is the Wandering Albatross at up to 11.8 ft.

The Fastest Flying bird in a Dive is the Peregrine Falcon. It Averages speeds of over 110 mph.

Woodcocks and Many ducks have their Eyes placed at the Sides of their Heads so that they have a 360-degree field of Vision.