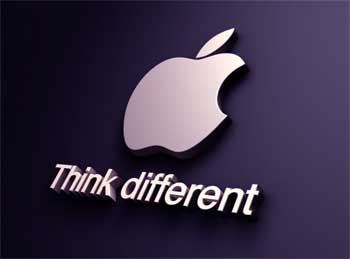 Apple originally had Three co-founders. The Third co-founder, a man named Ronald Wayne, had joined co-founders, Steve Jobs and Steve Wozniak but he left the Company only 12 days after it was Founded.

For the First 30 years of its Existence, Apple was called Apple Computer. In 2007, They changed the name to Apple Inc., removing the word ‘Computer’ to denote its Expansion outside of computers and into the Electronic market.

Steve Jobs and Steve Wozniak were both just 20 years old when they decided to Found Apple. Since neither one of them had any money, Jobs sold his VW Microbus and Wozniak sold his Hewlett-Packard calculator to get the $1,350 in Capital that they needed.


The Apple-1 computer went on Sale in July, 1976 and Retailed for $666.66. The Price was chosen for no other reason than Wozniak liked Repeating numbers.

The “i” in the 1998 iMac stood for “internet” because of how the Computer connected to the Web in two Steps. Apple has also said that the “i” stands for Individuality and Innovation and they also used it for their iPod, iPad and iPhone products.

The name “Apple” came from founder Steve Jobs like of the fruit and named the Company after that.

Just like the Apple name, the Meaning behind the Logo was simply that the Designer showed Jobs two Designs – One with a Bite out of it and one Without and Jobs simply Preferred the bite.

Apple Scored big time with the iPod. The creator, Tony Fadell had Originally offered the Device to both Real Networks and Philips. Both companies turned it down.

The name iPod was Inspired by the Movie 2001: A Space Odyssey.

The iPhone was almost named something else such as Mobi, Telepod, and Tripod.

Apple was the First to make a Digital color camera.

At present, Apple is the Largest publicly traded company in the United States.

China is currently Apple’s Second biggest market, trailing only the United States. Revenue in China grew to nearly $17 billion in the Second quarter of 2015.

Despite the fact that he was the Founder of the Company, Steve Jobs was fired from Apple in 1985 at the Tender age of 30.

Apple Inc. is the Largest technology company in the World and is the Second Largest Cell phone manufacturer next to Samsung.

When Apple made its IPO (Initial Public Offering) on December 12, 1980. The Stocks sold out almost immediately and 40 Apple employees became Instant millionaires when their Shares rose by 32%.

Every ad for an Apple product shows 9:41am on the screen. According to a former iOS chief Scott Forstall, Apple likes to do their Big product reveals at 40 minutes into a Presentation. When Steve Jobs Unveiled the iPhone, the Reveal portion of the Event began at 9:41 exactly.

When Apple first Launched in Japan in the 1980s, the name Recognition was so Low that workers mistakenly thought that the Computers were Real apples and delivered them in Refrigerated trucks to keep the ‘Fruit’ from going bad.

Fake Apple Retail stores have been opened and shut down in many parts of China. In Kunming, for example, these Stores appeared so Authentic that even Employees were duped.

The Revenue generated by Apple is more than the GDP of many countries.

At one point during the Summer of 2011, Apple had Reserves of $76.4 billion dollars, which was more than the Reserve of the US Treasury, which had $73.7 billion.

Whenever a Team is starting work on a New project at Apple Headquarters, a team of Carpenters erects walls around their desks with Security doors and Frosted windows. The team then continues their work in a Highly secure structure.