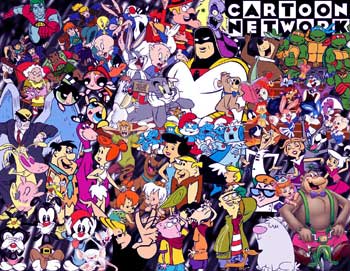 During the Ending theme to Cartoon Network’s The Grim Adventures of Billy and Mandy, some Strange, somewhat creepy gibberish is heard at the End. The Gibberish played backward is Maxwell Atoms, the Creator of the Show, saying ‘No, no. This is the end of the show. You are watching it backward!’


‘The Flintstones’ sparked a lot of Controversy by being the first cartoon series to show a Couple together in the same Bed as well as dealing with Matters such as infertility and adoption.

The Flintstones was the most Profitable network cartoon franchise for 30 years before being unseated by The Simpsons.

The Post office in Bedrock, Colorado receives so much Fan mail addressed to Characters from ‘The Flintstones’ that they have a Special Stamp for Rejecting the Mail that says ‘Return to Sender – Fictitious Cartoon Character’.

Walt Disney personally hated the Goofy character and found its Cartoons to be Stupid. The only Reason he didn’t axe the Character is that it gave work to so many Animators.

Superman was originally Incapable of flying in the 1940s. Hence the phrase ‘Able to Leap tall buildings in a single bound’. The Animators of Superman’s first Cartoon thought it looked Silly, so they requested and were granted Permission to give him the Ability of Flight.

In the Original He-Man cartoon of the 1980’s, He-Man could not use his Sword as an offensive weapon or punch or kick anyone due to the Broadcast standards of the period. In fact, He was mostly Non-violent and usually just Outsmarted his enemies.

Bebop & Rocksteady were added to the 1987 Teenage Mutant Ninja Turtles cartoon because the Toy company wanted more Characters to sell.

The Teenage Mutant Ninja Turtles didn’t get color-specific Masks until their first Cartoon aired in 1988.

The Addams Family was originally a Group of Macabre cartoon characters whose Exploits were published in The New Yorker.

Yogi Bear as well as many other Hanna-Barbera Cartoons, were given White collars so the Animators would have to Draw less. Redrawing only his Head in each frame when he spoke.

Cartoon characters are depicted as Wearing gloves as it Eliminated the Complexity of drawing a well-defined hand back in the days when they had to Manually draw a new drawing per Frame for numerous frames.

The cartoon ‘Ed, Edd n Eddy’ was created on a Dare.

Chuck Jones created Wile E. Coyote and the Roadrunner as a Parody of chase cartoons like ‘Tom and Jerry’, not expecting that its Purposefully ridiculous Contraptions and Nonsensical cartoon Physics would make it Popular.

The Largest collection of Cartoon art in the world is housed at The Ohio State University. The Billy Ireland Cartoon Library holds a Calvin and Hobbes collection of more than 3,000 originals.

The Old propaganda cartoons telling Kids to ‘duck and cover’ under their desk in case of a Nuclear bomb were actually giving really useful Advice.

Although the character of Launchpad McQuack originated in DuckTales (1987) and became a Sidekick in Darkwing Duck (1991), show creator Tad Stones states that both shows do not share the same Universe.

Environmental awareness show Captain Planet and the Planeteers (1990) became the Basis for a Real life environmental organization. A percentage of the Merchandise earnings were used to Set up a Fund that still exists to this day.

Dexter’s Laboratory was Inspired by one Creator Genndy Tartakovsky’s drawings of a Ballerina. The Drawing was a prototype of Deedee and He decided to pair her with a Short and blocky opposite, Inspired by his own Brother.

There is a Cartoon Network special crossover episode called The Grim Adventures of the Kids Next Door, also featuring Ed Edd n Eddy, with cameos from the Powerpuff Girls and Dexter’s Lab among other shows.