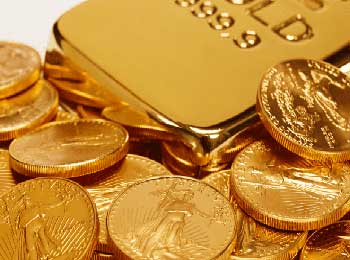 Nearly all the Gold on Earth came from Meteorites that bombarded the Planet over 200 million years after it Formed.

There is an Estimated total of 10 billion tons of Gold in the World’s Oceans. That is 25 tons of Gold for Every cubic mile of Seawater.

A Noble metal, Gold is prone neither to Rust nor Tarnish and does not Form an Oxide film on it’s surface when coming into Contact with Air.


A Gold nugget found in the Earth can be three to four times as Valuable as the Gold it contains because of its Rareness.

It is Rarer to find a One ounce Nugget of Gold than a five carat Diamond.

Gold is a Noble metal. It is relatively Nonreactive and resists Degradation by air, moisture or acidic conditions. While acids Dissolve most metals, a Special mixture of Acids called Aqua Regia is used to dissolve Gold.

A Carat was originally a Unit of Mass based on the Carob seed used by Ancient merchants.

There are 92 naturally occurring Elements found in the Earth’s crust. Gold ranks 58th in Rarity.

Gold and Copper became the first Metals to be discovered by Man.

An Ounce of Gold can be Beaten into a sheet Covering 100 square feet.

Gold has been used in Dentistry for at least 4000 years.

Gold is often Alloyed with other Metals to change its Color and Strength. Eighteen karat Gold is composed of 750 parts of Pure gold per 1,000.

Gold is extremely Ductile. A Single ounce of Gold (about 28 grams) can be Stretched into a Gold thread 5 miles (8 kilometers) long. Gold threads can even be used in Embroidery.

Although Gold is a Heavy, Dense metal, It is generally considered Nontoxic. Gold metal flakes may be Eaten in Foods or drinks

Absolutely Pure gold is so Soft that it can be Molded with the Hands.

Pure Gold does not cause Skin Irritations.

India is the World’s largest Consumer of Gold today.

The Temperature of the Human body is 37 degrees centigrade. Gold’s conductivity of Heat means that it Rapidly reaches Body temperature – One of the Reasons it has become Valued for Jewellery.

All of the Gold ever mined would Fit into a Crate of 21 Meters cubed.

The Largest Gold coin ever created was Cast by the Perth Mint in 2012. Weighing one Tonne and Measuring 80 cm in diameter

The Largest ever True gold nugget weighed 2316 troy Ounces when found at Moliagul in Australia in 1869. It was called the ‘Welcome Stranger’.