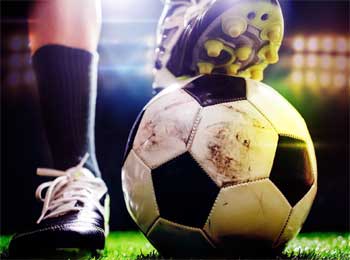 England invented Football into what we know it as Today, Although the Origins of the sport are Chinese.

Football is the most Watched and the most Played sport in the World.

The Football industry makes more Money than any other Sport played in the World.

The First Live coverage of a Football game was Shown in the year 1937.


The Actual name of the Sport is Association football.

FIFA was Formed on May 21, 1904 with the Goal to govern Association football internationally.

After the Olympics did not Permit Professional footballers to participate in the Games, FIFA established the World Cup. The First World Cup was held in 1930 in Uraguay; 13 teams Competed and Uruguay won.

Sheffield F.C is the Oldest Professional football club in the World and It was founded in 1857.

Until 1913, Football Goalkeepers wore the Same shirt as their teammates.

During Every game, Football players Run an Average of 9.65 km.

The North Korean Rungrado May Day Stadium is the Largest football stadium in the World.

16 is the Maximum number of Goals scored by One player in a Single Football match.

Lightning killed an Entire football team During a game in 1998.

Greenland cannot Join the FIFA because not Enough grass grows for a Football field.

Cristiano Ronaldo became the First player who Scored a goal in every Single minute of the Game.

One of the Largest ever Football tournaments was played in the year 1999 in which a total of 5,098 Teams had Participated and more than 35,000 Players took part.

Brazil has won the FIFA World Cup 5 times, which makes it the Most Successful National team of all times.

Canadians and Americans are the only ones in the World who call it Soccer instead of Football.

The Japanese Football player and icon Kazuyoshi Miura, also known as Kazu is currently the Oldest Professional Soccer player of all times. He is 52 years old.

The Highest scoring game Recorded is found to have Ended 149-0. A team from Madagascar, scored these Goals in the Form of own Goals. They did it as a Means of Protest for the Unfair decisions imposed by the Referee in the Immediate previous game.

More than 80% of Footballs in the World are Manufactured in Pakistan.

According to a Report by Forbes, Football clubs are the Most Valuable sports Franchises in the World. FC Barcelona, Manchester and Real Madrid are often at the top.