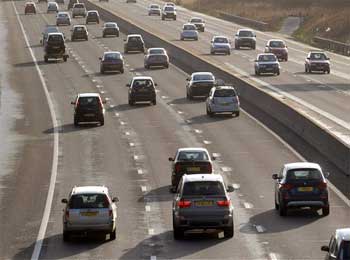 The First cars didn’t have a Steering Wheel. People had to Steer them with a Lever.

The World’s first Automobile was developed by Carl Benz in 1885. The Top speed of the Motor car was 16 km per hour. It was known as the Benz Patent Motorwagen.

The Last car with a Cassette player was the Ford Crown Vic in 2011.


Almost 65% of the World’s population Drives on the Right side of the Road.

Seat belts were invented by Volvo and were not Patented so that the Invention could be used for Safety purposes by other car Manufacturers as well.

Denmark is one of the most Expensive countries in which to Buy a New car. Denmark collects 150% tax on all new car Purchases.

It is a Criminal offense to drive a Dirty car in Russia.

Bertha Benz was the First person to drive an Automobile over a Long distance.

Approximately 75% of the cars that Rolls Royce has produced in its History are still on the Road.

Toyota is the World’s largest car Manufacturer. Each day it Produces about 13,000 cars. Ferrari, in contrast, produces a Maximum of 14.

The Best selling car of All Time is the Toyota Corolla, with over 30 million Sales since 2009.

The Heaviest Limousine weighs over 50,000 pounds. It has 3 lounges, a bar and can carry up to 40 people.

The Hennessey Venom GT is the Fastest car in the World at 265.7 mph.

The most Expensive street-legal car in the World is the Koenigsegg CCXR Trevita, at $4.8 million. It is Literally coated in Diamonds. There are just 3 in existence.

The BMW M5 engine is so Quiet that fake engine Noises are played through the Speakers in order to Remind buyers of their Cars Performance levels.

The Largest speeding Fine ever was $1,000,000. It was given to a Swedish man who was going 180 mph in Switzerland, where fines are Proportional to Income.

Holding a Remote car key to your Head doubles its Range because the Human skull acts as an Amplifier.

For Many cars, the “New car smell” is actually Toxic. It is Composed of over 50 volatile Organic compounds.

In 2013, White was the World’s most Favorite car color. According to a study, White vehicles are 10% Less likely to be involved in an Accident.

A Crash typically happens within an Average of three seconds after a Driver is Distracted.

Car crashes rank as the 9th leading cause of Death and account for 2.2% of all deaths Globally.

Cell phone use while Driving leads to 1.6 million crashes each year.