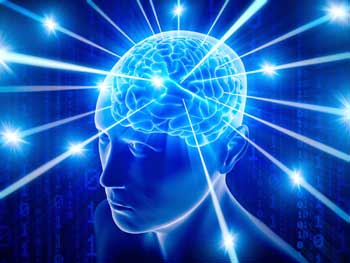 Scientific research has shown that the Human brain starts Remembering things from the Womb. In fact, Memory begins to work 20 weeks after Conception.

Many people associate Memory loss with Aging. However, the Memory loss we see the Older we get is generally because we tend to Exercise our Brains less as we age.

You must Exercise your Mind just like any other Muscle in your body. The Harder you think about a Memory, the more likely you are to remember it Accurately. Thinking will create a Stronger link between Active neurons.

Sleep is important to Memory. It has been shown that Sleep aids the Storage and Retrieval of long-term memories.


Memory has two Components – Short term and Long term. Most Short-term memories only Last 20 to 30 seconds.

There is such a thing as ‘False memory’. Researchers are beginning to understand that the Human mind can Create, Exaggerate, Distort or Re-invent a memory after a Traumatic experience or something that Impacted them greatly.

Your Memory can associate a Scent with a certain event or Occurrence. A Smell can trigger the Memory in your mind associated with it.

The Storage capacity of the Human brain is virtually Limitless.

Memory is Enhanced by Forgetting things first. You need to Forget a new piece of information at some level before Remembering it, in order to make that Memory robust over time.

Memory thrives on Storytelling. The more things you can Link together into a Narrative, the more Readily you will be able to Recall them later on.

Memory is Supercharged when new information is Visual. Text paired with a relevant Visual significantly improves the Amount of information retained by Novice learners.

Memory uses Procrastination as an important Tool. Your Brain needs Time to integrate new ideas with Existing memory, Allowing them to Percolate and connect.

Memory relies on your Brain to ‘Fill in the gaps’. When faced with a fuzzy aspect of a Memory, your brain tends to fill in the gaps with What it ‘Thinks’ most probably was the Case.

Memory gets Prioritized by Emotion. Emotions ‘Attach themselves’ to new information in the Brain, acting as an Indicator of importance. The Stronger the Intensity, the more Clearly and Readily you will be able to Recall that Memory.

Memory gets Broken up in bits and pieces in different parts of your Brain.

Most memories Adults have come from when we were between 15 and 25 years old. The ‘Reminiscence bump’ which is the Tendency for older adults to Remember events that occurred during their Adolescent and early adult years, can Account for 60% of all Memories.

Not to think that the Brain shuts down while Sleeping, Dreaming takes more brain Activity than any Waking function.

Being Tested on Information Actually Helps you Remember it Better. Researchers have found that Being tested on information is Actually one of the Best ways to Improve recall.

According to some Research, Studying information in the Presence of an Odor actually Increases the Vividness and Intensity of that remembered Information when you Smell that odor again.

We retain only about One-fifth of what we Hear where as Visual assistance can improve Learning by up to 400 percent.

At just 10 years old, Nischal Narayanam claimed his first Guinness World Record – For most Random objects memorized i.e 225 Random objects in a little over 12 minutes. A few years later, he also Won the title of most Digits memorized in one minute – he memorized 132 digits.

Participating in Physical activity has the Ability to improve the Functioning of the hippocampus, the part of the Brain that is the center of Memory storage.