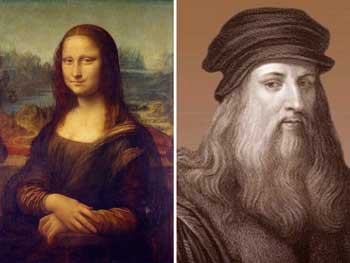 The Original name of the Mona Lisa was Monna Lisa but a Spelling Mistake made it the Mona Lisa. In Italian, Monna means Madonna, which means ‘My Lady’.

The Painting is more than 500 years old and is one of the most Ancient artworks in the World.

Leonardo Da Vinci Painted it using a very Particular technique: sfumato. He painted ‘Mona Lisa’ by using Oil paint on a poplar Wood panel in such a way that it left No visible Brush marks.

Leonardo Da Vinci used more than Thirty layers of paint on the Mona Lisa, some of which were Thinner than a Human hair.


Mona Lisa’s Smile has been the subject of Extraordinarily attention. Halfway between Sadness and joy, her half-smile is the subject of Constant interpretation by Art critics.

A Face recognition software once claimed that the Portrait of ‘Mona Lisa’ is 83% happy, 9% disgusted, 6% fearful and 2% angry.

The Eyebrows and Eyelashes of Mona Lisa are missing but the Reason has been debated for many years.

Although in the Art world, the painting had always been an Acknowledged Masterpiece, It wasn’t until it was Stolen in the summer of 1911 that it would Capture the attention of the General public.

In 1911 the Mona Lisa disappeared from the Louvre in Paris. Among the Suspects of the theft was Pablo Picasso. He was Questioned and jailed but later proven Innocent.

In 1913 Vincenzo Perugia was Discovered to be the true thief of the Mona Lisa. He was an Employee of the Louvre when he Stole it and he kept it in his Apartment for the two years it was Missing.

On August 21, 1911, the ‘Mona Lisa’ was Stolen and the entire Paris city Moaned by assembling in front of the Musee du Louvre.

At the Time of World War II, ‘Mona Lisa’ was Dislocated from its place 6 times so as to keep it out of the Hands of the Nazis.

Although many believe the Painting was created in the Image of Lisa Gherardini, others believe that it is a Self-portrait of Leonardo da Vinci himself.

Napolean once had ‘Mona Lisa’ hung in his Bedroom in the Tuileries Palace for four years and it was his Fascination with the painting that made him Fall in love with an Italian woman named Teresa Guadagni who was the descendant of Lisa Gherardini.

In 1852, an artist named Luc Maspero who was Fascinated by the Smile and charm of ‘Mona Lisa’, threw himself from the Fourth floor of a Parisian hotel, Leaving a suicide note that revealed his Immense Love and years of wait for her.

In two Separate attacks, One person threw Acid at the painting and Another individual pelted it with a Rock. The Damage is faint but still noticeable.

Mona Lisa is the Most Expensive painting of all time and its Value keeps increasing with Time.

In the 1960s, the Painting went on a tour where it was given an Insurance valuation of $100 million factoring in inflation, more recent assessment estimated it’s worth $2.5 billion.

The painting cannot be Bought or Sold according to French heritage law.

After the Louvre launched a four-year, $6.3 million renovation in 2003, the Painting now has its own Room. A glass ceiling lets in Natural light, a Shatter-proof glass display case maintains a Controlled temperature of 43 degrees F.

Since the painting first Arrived at the Louvre in 1815, “Mona Lisa” has received Plenty of love letters and flowers from Admirers. She even has her own Mailbox.