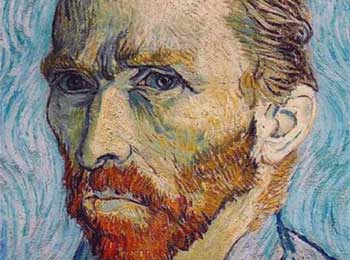 From The Starry Night to the Sunflowers Series, Post-Impressionist Vincent van Gogh is known for his Pioneering paintings. In addition to his Collection of Expressive works on canvas, the Dutch artist crafted another creative Portfolio during his Short life: a Compilation of letters.

Great things are Not done by Impulse but by a Series of Small things brought Together.

The Beginning is perhaps more Difficult than anything else but keep Heart, It will turn out all Right.


One must Work and Dare if one really wants to Live.

Don’t lose Heart if it’s very Difficult at times, Everything will come out all Right and Nobody can in the Beginning do as he wishes.

Seek only Light and Freedom and do not Immerse yourself too Deeply in the worldly Mire.

Do not quench your Inspiration and your Imagination, Do not become the Slave of your Model.

Success is sometimes the Outcome of a Whole String of Failures.

Admire as much as you Can. Most people Do not Admire Enough.

Conscience is a Man’s Compass.

It is Not only by One’s impulses that one Achieves Greatness but also by Patiently filing away the Steel wall that Separates what one Feels from what one is Capable of Doing.

Let us keep Courage and try to be Patient and Gentle. And let us not mind being Eccentric and make Distinction between Good and Evil.

Everyone who works with Love and Intelligence finds in the very Sincerity of his Love for nature and Art a kind of Armor against the Opinions of other people.

Love always brings Difficulties, that is True but the Good side of it is that it gives Energy.

As we Advance in Life it becomes more and more Difficult but in Fighting the difficulties the inmost Strength of the Heart is developed.

The Heart of man is very much like the Sea, it has its Storms, it has its Tides and in its Depths it has its Pearls too.

There may be a Great Fire in our Soul yet no one ever comes to Warm himself at it and the passers-by see only a Wisp of Smoke.

In the End we shall have had Enough of Cynicism, Skepticism and Humbug and we shall want to Live more musically.

To Suffer without Complaint is the only Lesson we have to Learn in this Life.

What would Life be if we had No Courage to attempt anything?

The Fishermen know that the Sea is Dangerous and the Storm terrible but they have Never found these Dangers sufficient Reason for Remaining ashore.

It is Looking at things for a Long time that Ripens you and gives you a Deeper meaning.